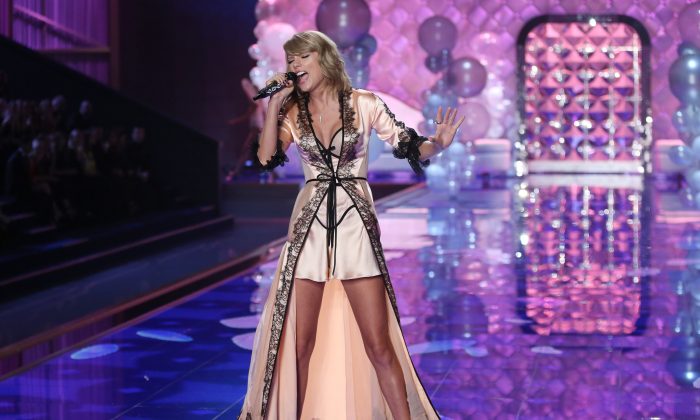 A line in Taylor Swift’s hit, “Shake It Off,” is the subject of a lawsuit.

“Her hook is the same hook as mine,” Graham told the New York Daily News. He said Swift uses the the plagiarized line about 72 times in the song.

He added: “If I didn’t write the song Haters Gone Hate, there wouldn’t be a song called Shake It Off.’ “

At first, Graham requested that he be named as one of the writers for the song and requested that Swift take a picture with him. She didn’t do either.

“At first I was going to let it go, but this song is my song all the way,” he added.

Graham, who also founded a church, New Day Worldwide, told the paper that he’ll file a lawsuit against CNN for the show, “New Day.”

It appears that Graham got some publicity. As of Thursday, his song had more than 1 million views. However, thousands of people “disliked” the video and only a couple approved of it.

Swift has not publicly issued a statement about the matter.

According to his lawsuit, Graham, who uses the name “Jesse Braham,” filed the lawsuit on Oct. 28 in Los Angeles. He is representing himself, which contains handwritten content.

And as some people noted, the words that Graham/Braham cites in his lawsuit are pretty common.

Michael Einhorn, an expert witness who specializes in intellectual property cases, told CNN Wire that Graham faces an uphill battle. Swift is allowed to use lyrics that might appear in other songs under the “fair use” copyright doctrine.

“This case is going nowhere,” he said.