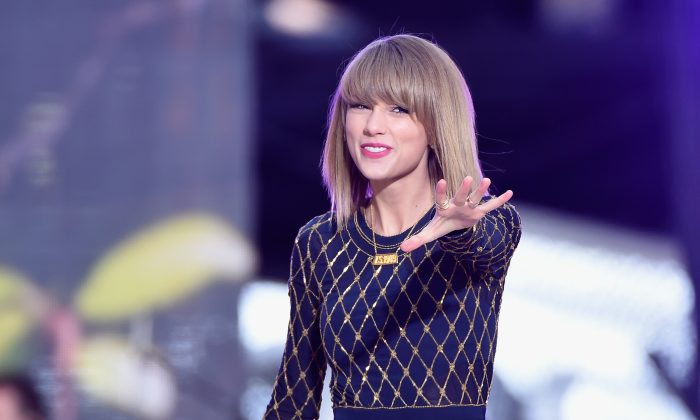 Taylor Swift Has ‘Crush’ on Chris Martin, Trying to Date Him: Report

Singer Taylor Swift has a “massive crush” on Coldplay singer Chris Martin and wants him to become her new boyfriend, according to a new report.

Swift, 24, has been smitten with Martin, 37, for years but hasn’t expressed her feelings because he was married to Gwyneth Paltrow, according to Star magazine.

But an insider revealed that Swift believes her opportunity has come after Martin and Jennifer Lawrence split, and that Swift is “moving in fast” on Marin.

The source says that back when Swift first joined The Voice, the show on NBC, as an adviser, her main motive was actually to contact Martin.

Swift said earlier this year that Martin was, in fact, part of the reason she joined the show.

“So I went and researched what he had done…and when [NBC] reached out to me, I thought you had to watch people and tell them whether they’re good or bad and it’s not that at all. It’s much more interesting and fun and kind of freestyle than that. So I’m having the best time!”

Swift also appeared to go out to dinner with Martin and Paltrow back in 2012, with Paltrow showing off pictures of her husband with her children.

The magazine claims that Swift has a rivalry with Lawrence and is “waging a cover campaign” to win Martin’s heart.

For what it’s worth, Swift’s representative told Gossip Cop that the story isn’t true.