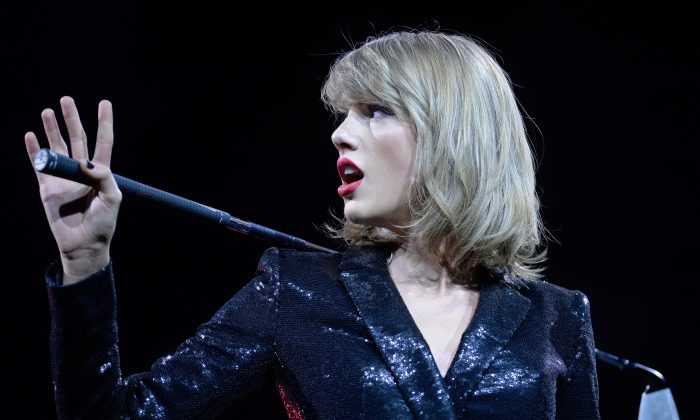 Some of the biggest names in the music business are declaring their support for Kesha during the pop star’s ongoing legal dispute with her record label.

The likes of Lady Gaga, Lorde, and Ariana Grande have expressed sympathy for Kesha on social media.

Now, a day after a judge turned down Kesha’s request to break her contract with Sony and record music with another studio, Taylor Swift became her biggest booster yet, cutting a check for Kesha to the tune of $250,000.

In a show of support, Taylor Swift has donated $250,000 to Kesha to help with any of her financial needs during this trying time.
— Spokesperson for Taylor Swift

“In a show of support, Taylor Swift has donated $250,000 to Kesha to help with any of her financial needs during this trying time,” a spokesperson for Swift wrote in a statement, according to Rolling Stone.

In 2014, Kesha had unsuccessfully sued music producer Dr. Luke, who owns the Sony sub-division that Kesha works under, for alleged sexual assault. The premise of the latest lawsuit is that Kesha shouldn’t have to work with a music producer who makes her feel unsafe.

standing with @KeshaRose through this traumatic, deeply unfair time. send good vibes her way everyone

There are people all over the world who love you @KeshaRose. And I can say truly I am in awe of your bravery.

A social media campaign, #FreeKesha, has started on Twitter.

Dr. Luke’s team has struck back, describing the litigation as a ploy to cheat Sony out of the millions that it had already invested in Kesha, who could get a better deal with a new label who hadn’t already spent millions promoting her.

“Tellingly, Kesha never reported any purported abuse or rape to any law enforcement authority, or even to Sony Music, and further swore under oath in another matter, while accompanied by her team of lawyers, that it never occurred,” Christine Lepera, Dr. Luke’s lawyer, said in a statement, according to Rolling Stone.

“The goal of Kesha’s counsel throughout has been to obtain a more lucrative contract through a shameless campaign of outrageous claims they will never stand behind in a court of law.”

Lepera said that Kesha is already “free” to work with other music producers aside from Dr. Luke.