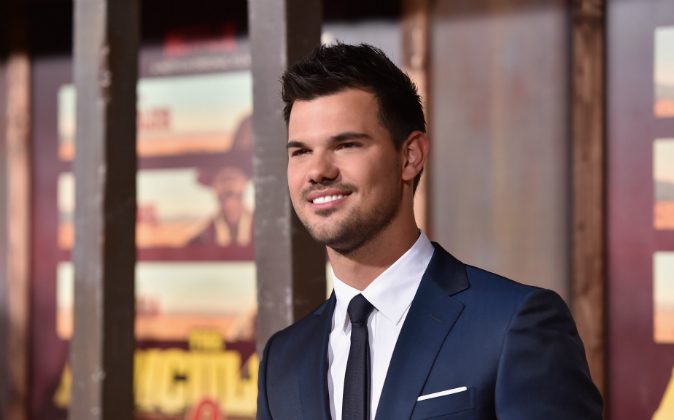 The “Ridiculous 6” actor’s inaugural post to the picture sharing platform was a video that included appearances from actors Adam Sandler and David Spade. In the 60-second clip, Lautner struggles with ways to announce his arrival to the social media website and seeks the help of Sandler.

“I was thinking maybe I can do a backflip, but in slow-mo,” says Lautner as he demonstrates the flip.

A seated Sandler rubs a dog and disapproves of the idea.

“I’ve seen you do that before,” he says. “Maybe something else.”

The 24-year-old actor then suggests he’ll catch grapes in his mouth and is interrupted by Sandler, who says he’s done that on “The Ellen DeGeneres Show.”

A slightly defeated Lautner continues to brainstorm ideas. He suggests doing the internet craze “dabbing” and Sandler rejects that idea as well.

Hello Instagram! It only took me until the year 2016 to finally join, sorry I’m so late to the party haha Huge thank you to my buds @adamsandler and @davidspade for helping me introduce my page

“I don’t like seeing you do that, that’s gross,” he says.

Running out ideas, Lautner asks his “Ridiculous” co-star if he’d make a cameo in the announcement video and yet again cannot catch a break, when Sandler again says no.

“It’s just not my thing,” Spade says until Lautner has an offer he just cannot refuse.

Lo and behold, the actor is now interested in participating in the video and is open to the dabbing tutorial.

“Hello, Instagram! It only took me until the year 2016 to finally join,” Lautner wrote in the video caption. “Sorry I’m so late to the party haha.”

His account has since accumulated over 450,000 followers. And as for the video that he worked so hard on, it has garnered nearly 17,000 likes—and counting—in five hours.

Swift and Lautner dated briefly in the 2010. Swift is currently in a “magical relationship” with Calvin Harris.