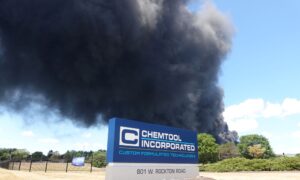 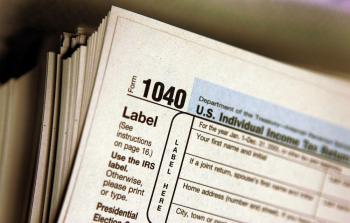 The top lawyer in California warned citizens not to fall prey to companies offering up front fees and tax debt relief. (Tim Boyle/Getty Images)
US

By Shahrzad Noorbaloochi
biggersmaller
Print
With April Fools Day behind us, tax day is soon approaching, however, many tax relief companies seem not to have gotten the notice. These companies have been playing a not so light hearted April Fool’s trick all year long on taxpayers by broadcasting false advertisements and promising false results. The top lawyer in California warned citizens not to fall prey to companies offering up front fees and tax debt relief. Attorney General Edmund G. Brown said in a press release, “Every tax season, phony tax-relief companies emerge to exploit cash-strapped Californians who owe back taxes to the IRS. Taxpayers should be on high alert, avoid paying upfront fees to these companies and never ignore notices from the IRS.”

Instead of providing relief, these companies advertise that they can reduce or eliminate tax debt to the IRS and stop back tax collection, but end up increasing the tax burden on struggling taxpayers.

Often requiring anywhere between $2,000 and $3,000 in upfront payments, these companies collect their money and then inform clients that they do not qualify for tax relief.

The release offered alternative methods of handling taxes for taxpayers in distress. It suggested contacting the IRS directly and inquiring about collection alternatives such as setting up a monthly payment plan. The report stated “In some cases, it is possible to pay less than the total amount you owe.”

It did not clearly indicate the circumstances qualifying individuals for such tax relief.

Another organization available to assist taxpayers who face financial difficulties is the Taxpayer Advocate Service, which is an independent organization within the IRS, meant to help taxpayers without charge. For people in poverty there are Low Income Taxpayer Clinics, to help with audits, appeals, and collection disputes.

These options, according to Brown, are much more reliable ways of settling the conflicts of taxpayers.

The alert was released after Brown won a $1.3 million judgment against Liberty Tax Service. The government punished the company for falsely advertising in order to sell tax refund loans. Earlier, in January 2009 Brown won a $4.85 million settlement with H&R Block, which now bars the company from marketing refund anticipation loans as early tax refunds.