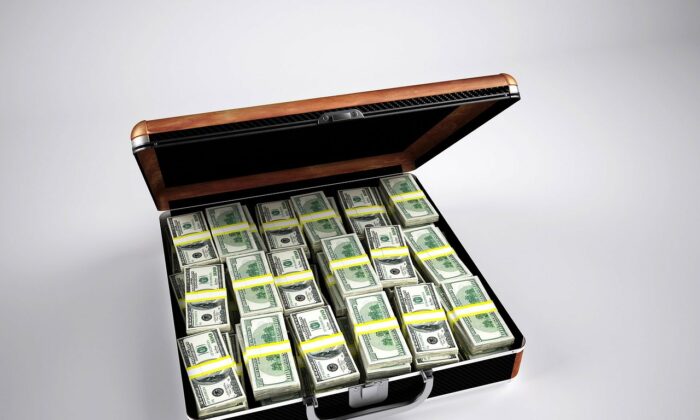 Back in early 2016, when Larry Kudlow and I suggested that then-presidential candidate Donald Trump propose a 20 percent business tax rate for U.S. companies (down from the highest rate in the world at 35 percent), he enthusiastically endorsed this “America First” policy—not because he loved corporate America, but because he realized that as long as small and large U.S. companies were paying the highest tax rates, jobs and factories would continue to move offshore.

We argued that the biggest beneficiaries would be U.S. workers, who would have access to more jobs and higher wages.

The liberal economists we debated on this disparaged the tax reform as “tax cuts for big corporations and the rich.” They predicted that it wouldn’t work.

In 2017, the tax cuts passed without a single Democratic vote. Now, we would have a real-life scientific experiment on supply-side economics. Do lower tax rates generate more jobs and a better economy for all?

But here’s what happened: By the end of 2019—and right before the COVID-19 pandemic—the United States had arguably one of the most prosperous economies ever, especially for those at the bottom of the economic ladder and for minorities. Not only had unemployment and poverty rates dropped to near their lowest levels ever, but black and Hispanic people were seeing the largest income gains.

I remember visiting Trump in the Oval Office and telling him that the tax cuts had worked better than any of us had predicted. He sat back and said, in his usual grandiose fashion, “Not more than I predicted.” In hindsight, it seems clear that the tax cuts played a big role in cushioning the blow from the pandemic and the business shutdowns.

But what about the “tax cuts for the rich” mantra from the Biden and Nancy Pelosi crowd? Wrong!

The Congressional Budget Office just reported that federal corporate income tax receipts were up by 75 percent this year to a record $370 billion. That brought total federal revenue to more than $4 trillion, more than 17 percent of the U.S. gross domestic product for the first time in 20 years.

We’ve also learned that the share of taxes paid by the richest 1 percent of people, such as Mark Zuckerberg, Bill Gates, LeBron James, and Warren Buffett, rose to almost 42 percent from 39 percent of the total. In other words, the rich paid more.

The irrefutable conclusion is that the scientific experiment in how to grow an economy worked. Big time. Yet those on the left who are always lecturing us about “following the science” have opted to ignore the science. Who needs science when it conflicts with political ideology?

If ever there was a policy that lifted all boats, it was the Trump tax cuts. The Biden tax policies to “soak the rich” threaten to capsize the economy. And that will hurt the poor the most.

The question is: Do they even care?