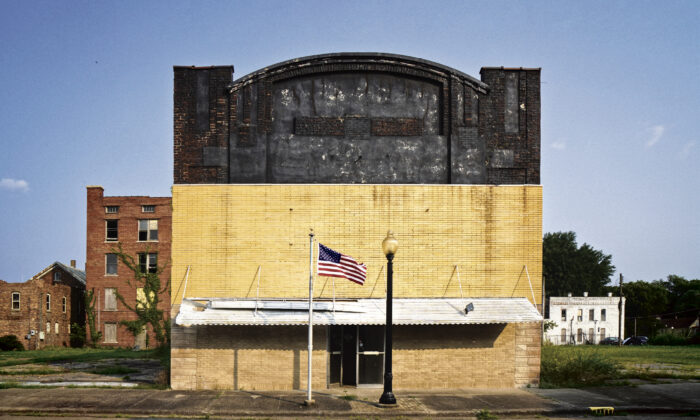 A U.S. flag flies before a closed theater on Eighth Street in Cairo, Ill., on July 20, 2021. (Jackson Elliott/The Epoch Times)
By Jackson Elliott