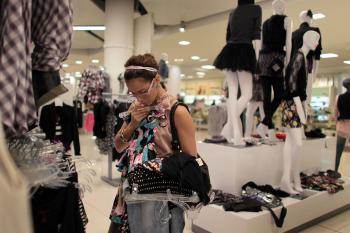 Because consumer spending accounts for a considerable portion of U.S. economic activity, the back-to-school shopping season is an important one for retailers in a summer of lackluster retail sales. States such as Florida, Tennessee, Maryland, New Mexico, North Carolina, Virginia, and Massachusetts offered the tax break last weekend.

Most items under $2,500, such as electronics, apparel, and furniture were not subject to tax. Tobacco products, groceries, and automobiles were not included in the tax break.

While the tax break gives consumers a relief in their pocketbooks and merchants higher sales volume, states stand to lose millions of dollars in tax revenues. In Massachusetts, officials estimate that tax revenue losses from this past weekend could total $20 million to $23 million. Florida Gov. Charlie Crist estimated that his state would lose around $26 million.

Nevertheless, the tax holiday was an unequivocal boon for the states’ financially strapped consumers and small businesses, as many regions reported brisk sales and high traffic volume in stores.

Many retailers had planned ahead to alert consumers of tax breaks in their states.

“Pay no sales tax on a qualifying Mac or iPad purchase at the Apple Retail Store and Apple Online Store During the Massachusetts Sales Tax Holiday Aug. 14-15. It's just the excuse you've been waiting for,” announced a newsletter Apple Inc. sent its Massachusetts customers on record.

To that end, Apple even set up a separate website for customers of such states to promote its iPhones, iPads, and Macintosh computers.

Many retailers in Florida, such as JC Penney, also reportedly extended their store business hours to accommodate shoppers.

Back-to-School Trends
The average U.S. K-12 household will spend $606.40 on back-to-school related clothes, shoes, supplies, and electronics in 2010, the National Retail Federation (NRF) estimated. That is an increase of around $12 on average from 2009. The average college-bound household will spend around $616.13, relatively unchanged from last year.

Total K-12 and college-related consumer spending is estimated to be around $55.1 billion in 2010, according to the NRF. That figure is important for retails as they gauge consumer-spending patterns to budget and plan for the November and December holiday shopping season.

“As the second half of the year gets under way, retailers will gauge their customers' spending appetites, which often serve as a bellwether for the all-important holiday season,” said NRF President Matt Shay in a statement.

The study found that 44.3 percent of American families plan to purchase store or generically branded products, while 30.3 percent will do comparison-shopping online—both figures are higher than last year’s estimates.

"Many of today's shoppers are smarter than any other generation before them, especially when it comes to finding the best price," said Phil Rist, executive vice president at BIGresearch. "The affordability of online shopping gives parents an extra edge over the sometimes expensive back-to-school shopping season with price comparison options, free shipping offers and even coupons."

And online retailers are responding. Buy.com, a major Internet-based merchant, last week set up a “Virtual Dorm Room” store, which offers a graphical checklist of each dorm room, and offers direct shipping to college campuses.

To help consumers cope with a stagnating U.S. economy, some states are considering permanently rolling back sales taxes.

It is a politically advantageous move, as the U.S. unemployment rate is still hovering near the 10 percent mark, and cutting sales taxes on everyday items benefits the lower to middle-income households more than the wealthy.

Already, there’s a grass-roots campaign in Massachusetts called the Alliance to Roll Back Taxes to promote a measure on the November state ballot to decrease sales tax in the state from 6.25 to 3 percent.

“33,000 new, private sector jobs will be created by rolling back the Massachusetts sales tax from 6.25 percent to 3 percent,” said Carla Howell, chairwoman of the Alliance to Roll Back Taxes. “This is why over 56 percent of unenrolled voters, 70 percent of Republican voters and 34 percent of Democratic voters polled say they will vote for this urgently needed sales tax roll back.”

But critics say that decreasing sales taxes is missing the big picture and lowering state income tax instead could benefit the economy more comprehensively.

“Northrop Grumman didn't decide to put its headquarters in Virginia instead of Maryland because Virginia's sales tax is a penny less,” Hancock wrote. “Venture capital isn't shifting from Maryland to Virginia because the general partners get a few cents' discount on toilet paper and laundry soap.”

Hancock believes that cutting income taxes that benefit businesses could create more overall benefit than saving a few dollars each month on everyday purchases for the unemployment.