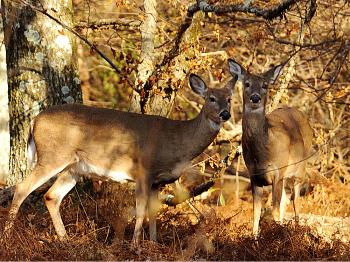 Martha Rosenberg
biggersmaller
Print
CHICAGO—The goldfish and koi started surrendering to the surface around Halloween. Bass, crappie, catfish and the distinctive sunfish/bluegill hybrids that inhabited the pond for 140 years followed.

Soon the 5.2 acre South Pond in Chicago's Lincoln Park sported a slick of shiny, golden and still moving fish, kind of like a macabre woman's drink.

But the fish kill was not an unfortunate runoff accident to be blamed on agricultural nitrates.

It was deliberately administered by the Illinois Department of Natural Resources which laced the pond with the South American poison Rotenone to "restore" the water body into a "model Illinois freshwater habitat."

It would be impractical to relocate "thousands or tens of thousands of fish," said DNR spokesman Chris McCloud.

The irony of killing the fish to save the pond was not lost on Chicago residents who for generations have enjoyed the fish from rented paddle boats on the pond.

Especially since the neglect-prone Lincoln Park Zoo allowed three elephants to perish in 2005 within seven months of each other and does not have a reputation for compassion.

"It takes such a long time for them to grow and they're just gonna kill them off," lamented Carlos de la Pena to a CBS TV news station about the fish kill.

The fact is the most state DNRs unswervingly serve hunters, who serve them back.

Their financial models are predicated on providing "recreational opportunities"—read: bloodsports—for sportsmen though their conservation/habitat doublespeak sometimes obscures that fact.

Deer hunting is a prime example.

Hunting is necessary to "control the herd" and "save deer from starvation" repeat DNRs year after year while shamelessly playing the other side of the street and licensing hundreds of deer breeding farms. Hello?

And greeting the fatal chronic wasting disease which might actually "control the herd" and "save deer from starvation" with emergency measures to wipe it out! (All the while encouraging donation of risky venison that sportsmen don't want to eat anyway to food pantries. Nice philanthropy if you don’t have to eat it.)

Nor do states only pander to deer hunter dollars.

Illinois spends over a $1 million a year to mate, hatch and raise ring-neck pheasants for "sportsmen" to hunt at14 taxpayer-funded recreation sites.

Four sites even cater to children 10 to 15 though the eight-year-old Arizona boy who grew up shooting groundhogs and killed his dad and another man in November wouldn't make the age cut.

"They are the only places these young men and women can hunt and be assured of a good shot," Jerry Rodeen of Pheasants Forever, a national group which lobbied to keep the Illinois program funded in 2008 despite the recession, told the State Journal-Register in April.

150,000 pheasants a year are bred at the high tech 20,000 square foot Helfrich Wildlife Propagation Center with 12 acres of outdoor pens on the southern edge of Edward R. Madigan State Park near Lincoln, IL.

The facility is "very similar to a chicken or turkey farm," site superintendent Ron Willmore told the Pantagraph in 2004—pheasants wear plastic blinders on their beaks to keep then from attacking each other in the crowded conditions now illegal in California—"except for what happens to them."

What happens to them, of course, is the birds that hunters don't pick off, die from other causes like predators and the elements. Soon there is not a trace of them.

Martha Rosenberg is a columnist and cartoonist who frequently writes about the impact of the pharmaceutical, food, and gun industries on public health.