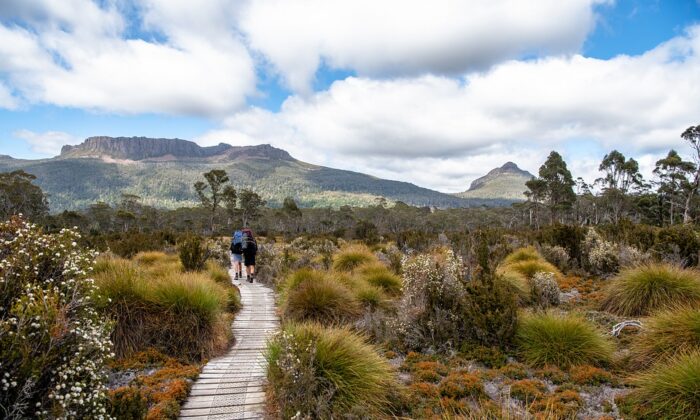 Tasmania to Reopen Border to Most States in Mid-October

Australia’s smallest state has announced its plan to welcome travellers from states and territories with a low risk of COVID-19 from mid-October.

Within a month, people coming from across the country, except from the state of Victoria, will be allowed to enter Tasmania, Premier Peter Gutwein said on Friday.

“We won’t open up to the high-risk areas until we are confident that all eligible Tasmanians over the age of 12 have had the opportunity to be vaccinated,” he added.

The island state continues to shut its door to Victoria, while it will keep an eye on the COVID-19 situation in NSW over the next week.

Gutwein wants Tasmania to hit 90 percent of vaccination rate by December to open with confidence for summer and Christmas, although the state has only recorded one COVID-19 case this year. That single case was a NSW traveller who tested positive while in hotel quarantine more than 50 days ago.

Over 54 percent of Tasmanians aged over 16 have had two doses of vaccines and 73 percent have had their first dose.

From Friday, Tasmanians returning from regional NSW are required to return a negative COVID-19 test before travelling and live alone in a suitable house while quarantining at home as part of a 30-day home quarantine trial.

However, the reopening plan could be canceled anytime if public health orders changed.

“I want to stress if at any time the situation changes in these jurisdictions and the advice is that the risk is increasing or too high then we won’t hesitate to change this decision,” he said.

As of Friday, half of Australia’s population aged 16 and above has been vaccinated, with almost three-quarters having received at least one dose.

The Australia Capital Territory—which like NSW and Victoria remains in lockdown—has the highest double-dose coverage at 59.5 percent.

In NSW, 57.8 percent of the population have been fully vaccinated, while Victoria and South Australia are about 46.5 percent. Queensland and WA are hovering at 44 percent.

Outbreaks in NSW and Victoria continue to rage with more than 1,700 new cases in Australia’s most populous states on Friday.

Australia’s four-stage pathway to reopen the country indicates that once the country achieves an 80 percent vaccination rate, the lockdowns are likely to end almost entirely, while state borders will drop and international travel is set to resume.

Vaccine rollout co-ordinator John Frewen on Friday said Australia would receive its full allocation of 11 million Pfizer and Moderna mRNA vaccines in October despite concerns of a shortfall.