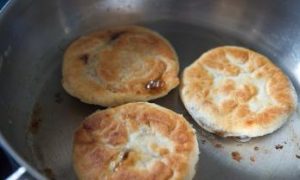 The U.S. Office of Management and Budget (OMB) estimated in August 2009 that TARP would cost the taxpayers $342 billion. Within about one year, OMB, in its November 2010 Congressional Budget Office Report, lowered its estimate to $25 billion.

The turning point for this prediction was the recapitalization plan of American International Group Inc. (AIG) and the recent public offering by the new General Motors Co.

“While Treasury’s ultimate return on its investment depends on a host of variables that are largely unknowable at this time, TARP’s financial prospects are today far better than anyone could have dared to hope just two years ago,” according to the SIGTARP Quarterly Report.

The TARP program expired on Oct. 3, 2010, which prevented Treasury from committing additional taxpayer funds for new applicants to the program.

To date, $474.8 billion has been allocated under the 13 TARP programs, which include the Housing Program, Automotive Industry Support programs, and Capital Purchase Program, with the last being the Systemically Significant Failing Institution program used to stabilize AIG, Citigroup, and Bank of America. So far, $410.1 billion has been utilized, with the remainder obligated but unused and not cancelled.

Originally, the program received $700 billion, but was reduced to $475 billion by the Dodd-Frank Wall Street Reform and Consumer Protection Act, which went into effect in July 2010.

The Treasury collected $35.2 billion in interest, dividends, and miscellaneous income. This amount includes $10.2 billion from the sale of the U.S. government’s equity ownership in the respective companies.

Reservations on Death of Too Big to Fail Doctrine

“Many commentators, from Government officials to finance academics to legislators, have expressed concern that the Act [Dodd-Frank Act] does not solve the [too big to fail] problem,” according to the SIGTARP Quarterly Report.

The report notes that Thomas Hoenig, president of the Kansas City Federal Reserve bank, is certain that the too big to fail principle must continue to exist, because the five largest lending institutions grew by 20 percent, instead of having been reduced through divestments. Therefore, if any of them would go under, it would mean disaster for the lending industry.

“They control $8.6 trillion in financial assets—the equivalent of nearly 60 percent of gross domestic product. Like it or not, these firms remain too big to fail,” Hoenig said.

Next: Professor puts blame squarely at the door of the U.S. government