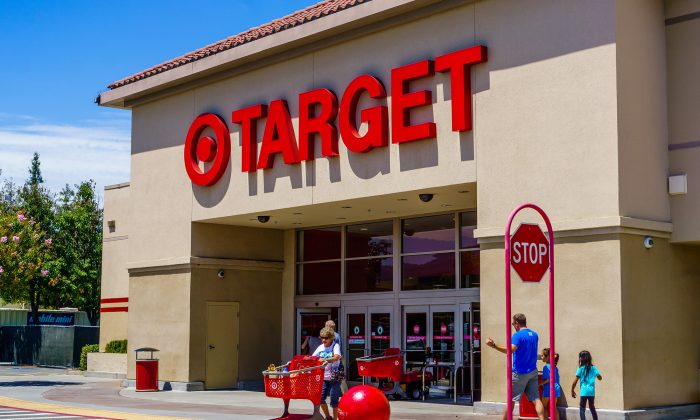 A Target store in a file photo. (Illustration - Shutterstock)
AMERICA

Target announced that it will limit the number of customers in all stores across the United States as the CCP (Chinese Communist Party) virus continues to spread.

The Minneapolis-based firm wrote in a news release that starting Saturday, it “will actively monitor and, when needed, meter guest traffic in its nearly 1,900 stores nationwide to promote social distancing.”

If a store has to limit shoppers, a “designated waiting area outside with social distancing markers” will be used, the chain said.

“The measures we’re announcing today are aimed at ensuring we are creating a safe environment for the guests who continue to turn to Target, while also providing our team with additional resources as they fulfill an essential service in communities across the country,” said John Mulligan, Target’s chief operating officer, in a statement.

Target’s statement said it will deploy employees to meter, monitor, and limit the amount of people going in and out of the store.

“Occupancy limits will vary by location and be determined by the store’s specific square footage to enhance the average space per person and reduce the possibility of congestion. If metering is required, a Target team member will provide a designated waiting area outside with social distancing markers,” the firm wrote.

Target said it will also provide face masks and gloves for all employees. Those items will be distributed within the next two weeks.

At the same time, Walmart announced it will limit the number of people inside its stores at the same time during the COVID-19 pandemic, the firm said.

All Walmart stores across the United States, starting on Saturday, will start to monitor the number of people who are allowed inside the store.