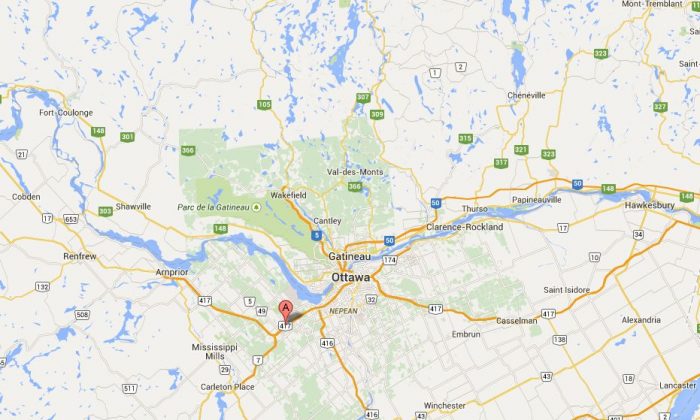 The Tanger Outlets mall in Ottawa, Canada was apparently placed on lockdown on Friday afternoon after reports of a shooting.
US

The Tanger Outlets (or Tanger Factory Outlet) mall in Kanata, located in Ottawa, Canada, was apparently placed on lockdown on Friday afternoon after reports of a shooting.

According to CBC Ottawa, police are responding to a gunshot at the mall. One person was injured, but it’s unclear if they’re life-threatening or not.

A user  on Twitter said there were “cops everywhere.”

“Shots fired at tanger outlets? Cops everywhere. Dude beside me claiming he got shot currently being checked by police,” wrote one local.

Police told the CBC that the shooting took place outside–not in one of the shops.

The reports of a shooting came in at around 3:45 p.m. local time.

Boxing Day is today–one of the busiest shopping days of the year.

Police say a man was taken to hospital with a non-life threatening injury after a shooting at Tanger Outlets Kanata http://t.co/CtTwzxflTl

Employee at Tanger Outlets in Ottawa says shooting happened in front of Adidas store; mall is in lockdown, Marni… http://t.co/tg49ZklT7R