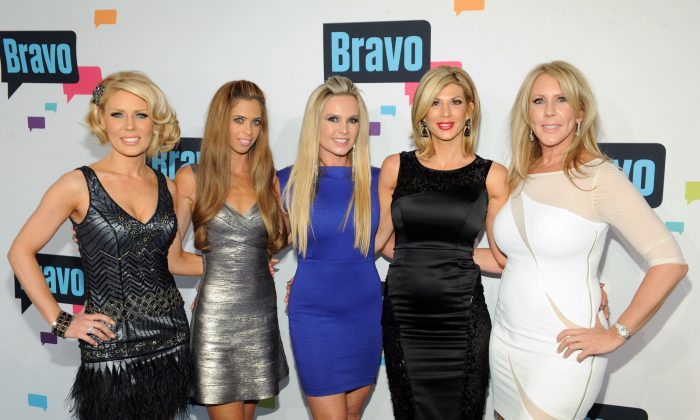 Tamra Barney may be fired from Real Housewives of Orange County.

The RHOC star has apparently upset Bravo executives by going on a rant against the network for editing scenes.

She called out Bravo earlier this week for editing scenes that made it look like she had flaked on Lizzie Rosvek’s birthday party at the last minute. She says she missed the party because her daughter was sick, and alerted producers beforehand.

“The network has had it with Tamra’s over the top ego and diva behavior. She sealed her fate by publicly stating that Bravo edited scenes to make her look bad,” a source told Radar Online.

“This is a very big no-no, and Tamra’s contract won’t be picked up for another season. The fact that she has ongoing legal issues with ex-husband, Simon (Barney), and really doesn’t have anything that interesting going on in her life made it a very easy decision.”

Hours later, Judge reportedly deleted her Facebook profile, removed links from her Twitter page, and jetted off to Mexico.

The trip had been planned beforehand. She said via Twitter on July 29: “One more day till paradise. I’m so over the stress of the show and what it’s doing to my spirit.”