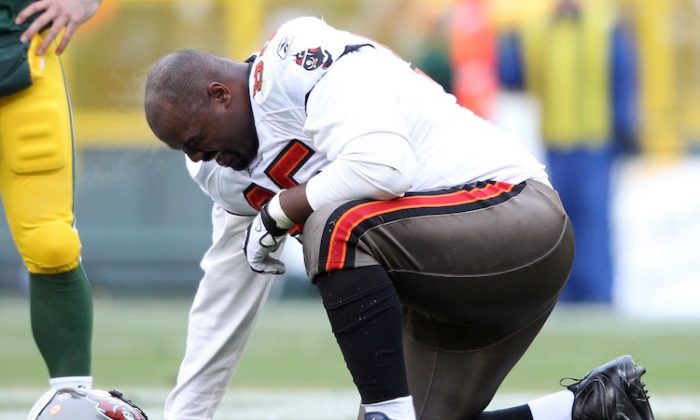 Haynesworth hasn’t been the same two-time All-Pro since signing with Washington in 2009. (Elsa/Getty Images)
NFL

The Tampa Buccaneers have released defensive tackle Albert Haynesworth, according to a report on the team’s website.

“I appreciate Albert playing for us after some key injuries this past season,” said general manager Mark Dominik, according to the release. “He was very professional and we now wish him all the best as he moves forward.”

Haynesworth was claimed off waivers by Tampa Bay in November 2011, after being released by New England. Haynesworth went on to start six games for the Bucs recording 25 tackles including two for losses.

Prior to coming to New England in 2011 Haynesworth spent his first seven seasons (2002–2008) with Tennessee before signing a seven-year, $100 million free agent deal with Washington.