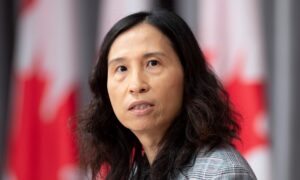 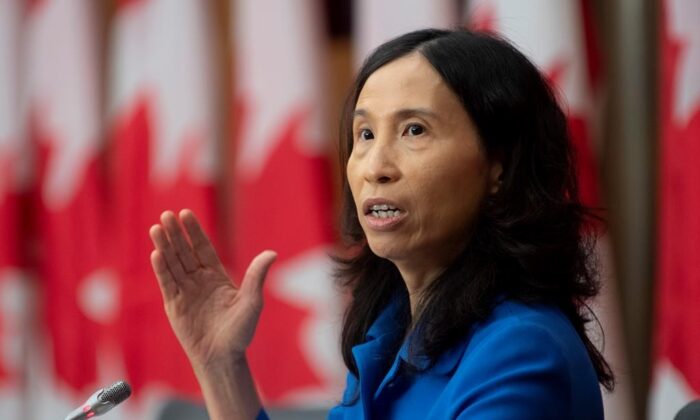 Chief Public Health Officer Theresa Tam responds to a question during a news conference, on Oct. 5, 2020 in Ottawa. (The Canadian Press/Adrian Wyld)
Canada

The complexities of the current wave of COVID-19 are spurring regions with rising cases to adopt different measures as they seek to turn the tide of the pandemic, Canada’s top public health officer said Monday.

Dr. Theresa Tam said public health officials in each area are trying to target their response to local epidemiology and circumstances, but are “steering in uncertain waters.”

“No one knows exactly what is going to work, so there’s a grey zone and people are doing slightly different things,” she said, adding Canadians should nonetheless know to stick with basic strategies such as handwashing, physical distancing, and wearing masks.

Public co-operation was key to tackling the initial wave of the novel coronavirus and “we need to see that again” in order to right the ship, she said.

Tam’s comments came as Quebec announced more stringent rules than Ontario when it comes to mask-wearing for students in hard-hit areas, and days after Toronto announced it would scale back contact tracing due to an unsustainable case load.

Quebec says it is making mask-wearing mandatory inside high schools in regions at the highest COVID-19 alert level as well as outside on school grounds, at least until Oct. 28. The affected regions include the Montreal and Quebec City areas.

Ontario, by comparison, only requires students to wear masks indoors.

Both provinces have seen cases spike in recent weeks, with daily tallies reaching highs not seen since the spring, and Ontario is facing a backlog of more than 60,000 tests for processing.

Prime Minister Justin Trudeau said federal laboratories have freed up space for surge support on test processing, which includes capacity for 1,000 tests from Ontario each day. More federal labs will be made available, he said Monday.

Trudeau said his government prepared for the possibility of a second wave, and brought on new tools, a “record amount” of personal protective equipment, as well as a contact-tracing app now used in several provinces.

“Obviously all of that hasn’t been enough. We are going in the wrong direction now, which is why it is so important for Canadians to do what is necessary—to wear a mask, to keep your distance, to understand that each of us has the power to end this by the choices we make,” he said.

New COVID-19 case numbers continue to surge in several parts of the country, particularly in Quebec and Ontario, which account for more than 80 percent of the country’s total cases.

Quebec reported 1,191 new COVID-19 cases Monday, the highest single-day total since the beginning of the pandemic, and its fourth straight day with more than 1,000 new diagnoses.

Ontario, meanwhile, reported 615 new cases of COVID-19, and five new deaths due to the virus.

In Manitoba, where 51 new cases were reported Monday, the government announced it will require bars and other licensed establishments in the greater Winnipeg region to close early in an effort to curb the spread of the virus. Thirty-five of the new cases were in Winnipeg.