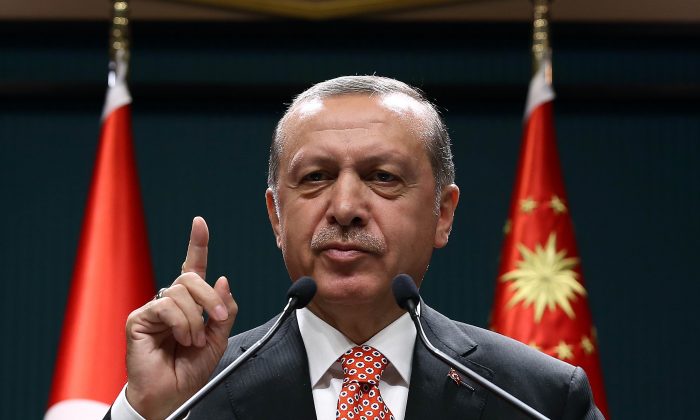 “When you strike at the king, you must kill him.” —old political axiom

On July 15, substantial elements of the Turkish armed forces launched a coup to remove the government of national leader and President Recep Erdogan.

Despite initial confusion and fighting, including attacks by jet aircraft and helicopter gunships on government facilities and supporters, the coup failed at the cost of 300 dead. Although the origins, bases of support, and action-tactics of the coupists remain obscure, they failed in some basic requirements for success: comprehensive seizure of communications (radio/television stations), neutralization of Erdogan, and assurance of neutrality or support from elements of the armed forces not actively involved in the coup.

Instead, Erdogan adroitly avoided military elements seeking to seize him and he communicated through his cellphone and social media (their neutralization being the most blatant failure of the coupists) to rally military elements loyal to him and induce his Islamist supporters to mob the streets, particularly in Istanbul, and beat down coup backers.

Having suppressed the coup, Erdogan has focused on vengeance. With remarkable alacrity, Erdogan has purged and imprisoned at least 13,000 including many members of the armed forces from senior officers to enlisted men. Another 30,000–50,000 individuals have been fired and/or suspended from public service, juridical, media, and educational positions.

On July 24, Erdogan expanded the range of the purge by seizing control of more than 2,250 social, education, or health care institutions/facilities, claiming they posed a threat to national security. Erdogan has also demanded the extradition of Fethullah Gulen, a cleric based in the United States, as an organizer/implementer of the coup—a charge Gulen denies.

With these actions and the prospect of more to come—perhaps show trials and executions—Erdogan appears to have decapitated the remaining elements of the Turkish secular state. Such would be a “back to the past” reset of what had been modern Turkey.

Erdogan has acted with such speed and scope that an observer is prompted to wonder whether he or his supporters compiled lists of prospective opponents (judges, teachers, media, business leaders, military personnel) long ago, awaiting the opportunity for action.

Erdogan has acted with such speed and scope that an observer is prompted to wonder whether he or his supporters compiled lists of prospective opponents long ago, awaiting the opportunity for action.

One further wonders whether Kemal Ataturk, the George Washington of modern Turkey, will be consigned to an Orwellian memory hole. Ataturk took the shattered hulk of post-World War I Ottoman Turkey, defeated Greek invaders, and created a secular society with democratic trappings. And he appointed the Turkish armed forces as the guarantors of this society and the constitution. They have taken their role seriously.

Three times (1960, 1971, and 1980) the Turkish military successfully intervened in society to maintain its image of Ataturk’s concept. Their rationales were the same: political disorder, terrorism, societal disruption. Each time they returned the country to democratic leadership.

Such rationale presumably was the case in July, but the coup failed.

The blowback by Erdogan, whose self-image appears to reflect dictator more than democrat, is unlikely to satisfy the League of Women Voters. European colleagues are viewing developments with alarm and whining vigorously that Turkish human rights are being violated—as they doubtless are. Anyone who ever saw “Midnight Express” knows that Turkish justice and respect for human rights are not analogues.

So assuming that the present is prologue so far as Turkish sociopolitical repression is concerned, what do we do?

In a word, “nothing.” We need Turkish active cooperation and support in battling Islamic terrorism (ISIS) in Iraq and Syria. We are flying missions from Turkish airbases against ISIS combatants. We are depending on Turkish border control to stifle the flow of prospective ISIS supporters through the country.

Likewise, Europeans are depending on Turkey to stem the cascade of Syrian/Middle Eastern refugees into Europe—the price hasn’t been cheap, but less costly than the social/political disruption caused by an untrammeled flood of refugees. Even before the coup attempt, relations with Erdogan were fraught with difficulty and complexity; he is unlikely to be more cooperative now.

Separately, Turkey’s NATO membership has been thrown into question. Individual members have raised concerns over Turkish democracy, but without the historical appreciation that NATO is a defense alliance not a social welfare organization. NATO has tolerated, perhaps with a grimace, the several Turkish military dictatorships and its invasion of Cyprus (and continued support for a Turkish-Cypriot enclave).

And NATO has endured the Greek military dictatorship (1967–1974). NATO will doubtless do the same for the evolving Erdogan dictatorship, hoping that its Islamic leanings will not consume the remaining elements of Turkish democracy.