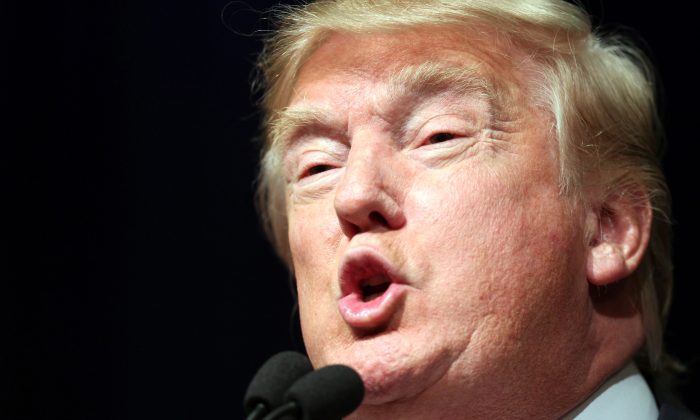 Trump’s attack came on Monday, after Smiley appeared on ABC’s “This Week” and called the Republican frontrunner “an unrepentant, irascible, religious and racial arsonist.”

Trump took to Twitter, one of his favorite mediums of expression, following the interview.

“Why does ‘This Week’ allow a hater & racist like Tavis Smiley to waste good airtime?” he tweeted. “ABC can do much better than him!”

Why does @ThisWeekABC w/ @GStephanopoulos allow a hater & racist like @tavissmiley to waste good airtime? @ABC can do much better than him!

Smiley hosts his own show on PBS. His appearance on “This Week” was primarily to promote his new book, “The Covenant With Black America: Ten Years Later.”

“It says something about America that he is resonating in the way that he is, and I can’t get in the minds of the voters,” Smiley continued. “I just hope that at some point we will come to our senses and that we will see that this is how these slippery slopes begin.”