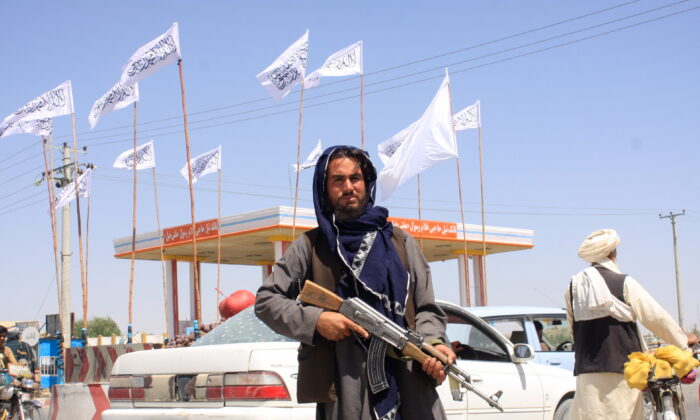 A Taliban terrorist looks on as he stands at the city of Ghazni, Afghanistan, on Aug. 14, 2021. (Stringer/Reuters)
By Venus Upadhayaya