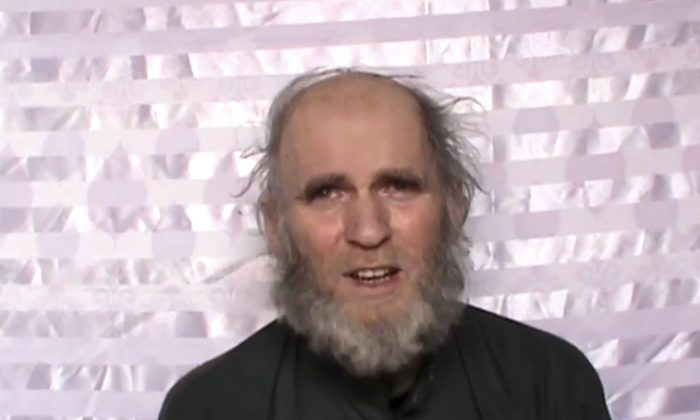 An American identified as Kevin King making a statement on camera while in captivity. (militant video via AP)
International

KABUL, Afghanistan—The Taliban have released a video showing an American and an Australian who were kidnapped in August, the first time they’ve been seen since their abduction.

The two men, an American identified as Kevin King and an Australian identified as Timothy Weekes, were abducted outside the American University of Afghanistan in Kabul, where they worked as teachers.

U.S. officials said in September that American forces launched a rescue mission, but the captives weren’t at the raided location.

In the video, sent to media Wednesday by Taliban spokesman Zabihullah Mujahid, the pair appears pale and unshaven. They say they are speaking on Jan. 1. In the video, apparently delivering a message on behalf of the kidnappers, they ask U.S. President-elect Donald Trump to offer a prisoner exchange to secure their freedom.