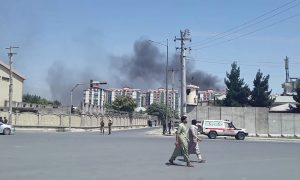 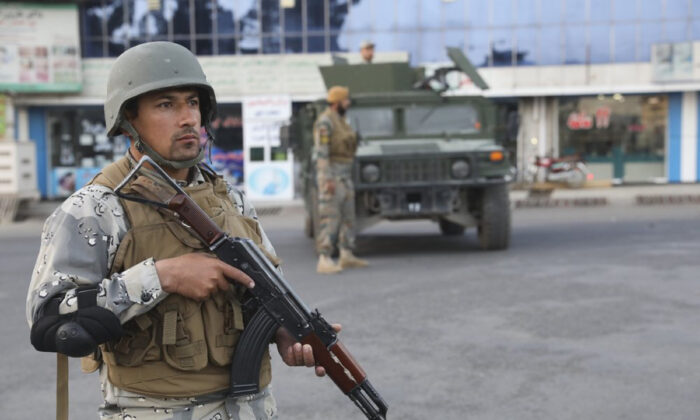 The Taliban killed or wounded at least 11 security personnel in the Balkh province of Afghanistan, while in Jawzjan the police were under a siege in a standoff with the insurgents, local media reported on Oct. 1.

The 11 personnel were killed or wounded in a clash with the Taliban on Monday night, reported Tolo News, an Afghani English news site.

Other local media, Ariana News and the global newswire AP, however, reported that all 11 security personnel were killed.

Taliban attacks have continued unabated even as Afghanistan held presidential elections on Saturday, and weeks after U.S.-led peace talks collapsed.

Farhad said the Taliban also suffered casualties but the number couldn’t be confirmed. He said the government is in control of the district headquarters after reinforcements arrived in the region.

“Security situation is under the control right now,” he said, according to The Associated Press.

The district is very remote, said Mohammad Afzel Hadid, head of the Balkh provincial council. He also confirmed that the Taliban were defeated after reinforcements arrived.

Taliban spokesperson Zabihullah Mujahid confirmed the news in a message on Twitter but he had his own version of the events.

The NDS said all the al-Qaeda members killed in the operations at Musa Qila were from Pakistan.

In another incident, 30 police and locals including the district governor and the district police chief were under siege from the Taliban for two days in Jawzjan province, Afghan officials said on Tuesday.

Jawzjan provincial governor Lotfullah Azizi told Tolo News that the district headquarters of Jawzjan was under the Taliban’s control and no reinforcements had reached them.

Hafizullah Nadrat, a member of the Jawzjan provincial council, said the Taliban would capture the government forces if reinforcements didn’t arrive.

Last week, there were at least 68 attacks by the Taliban across the country during election day, most of them rockets fired from distant outposts. At least five people were killed, including one policeman, and scores more were wounded.

Despite upgraded security, authorities said 431 polling stations stayed closed because it was impossible to guarantee their security since they were either in areas under Taliban control or in places where insurgents could threaten nearby villages.

The results of the vote are not due for weeks.