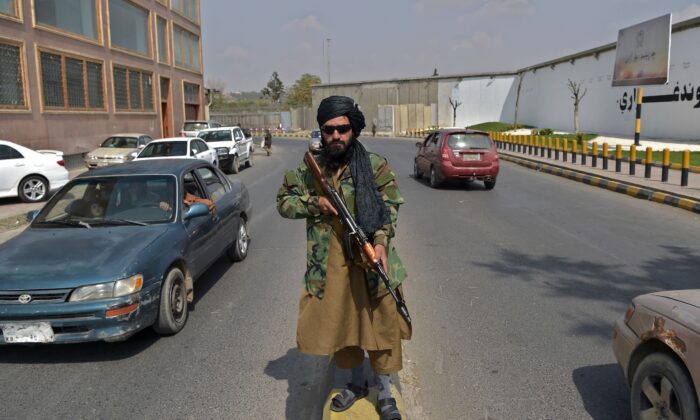 A Taliban fighter stands guard along a street near the Zanbaq Square in Kabul on Sept. 23, 2021. (Wakil Kohsar / AFP via Getty Images)
By Jack Phillips