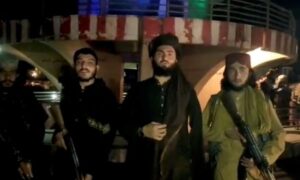 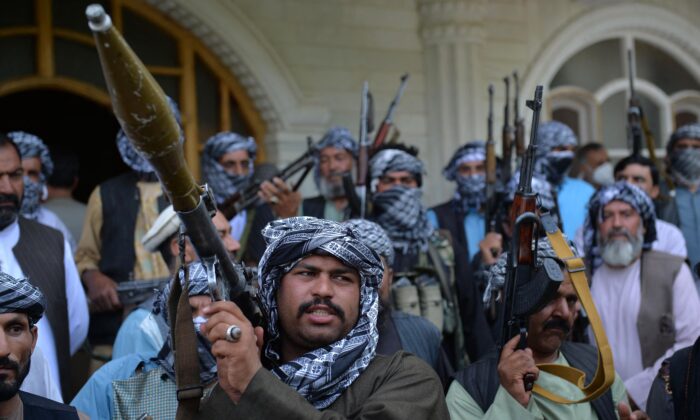 The Taliban terrorist group captured the strategic Afghan city of Ghazni, the capital of a province of the same name, fewer than 100 miles from Kabul.

A spokesperson for the Taliban wrote on Twitter that the city was taken over, including the police headquarters, a prison, and the governor’s office. The sacking of Ghazni represents the 10th city taken over by the group in about a week amid international fears that the group could take Kabul—and the entirety of Afghanistan—in only a few weeks.

Ghazni was taken over by the militant group on Thursday after lengthy fighting, said Nasir Ahmad Faqiri, the head of Ghazni provincial council, according to CNN.

The militant group, which seeks to impose a strict form of Sharia law, was deposed in the early 2000s after the United States invaded the Central Asian country. Last month, the Biden administration announced it would pull the remaining U.S. forces from Afghanistan, and recent statements from President Joe Biden and various White House officials suggest Americans won’t attempt to aid the Afghan government in its fight against the Taliban.

Ghazni is considered by analysts to be a strategically important area in Afghanistan, as it is located on a key road between Kabul and Kandahar city.

The al Qaeda terrorist network—blamed for the Sept. 11 terrorist attacks—has long had a presence in the province, according to the Long War Journal, which has, for decades, chronicled the U.S. wars in Afghanistan and Iraq. Just last year, a senior al Qaeda leader, Husam Abd-al-Ra’uf, was killed in a military raid in Ghazni and was later confirmed by U.S. military officials.

Separately, the Taliban in recent days said they had seized airports outside the cities of Kunduz and Sheberghan in the north and Farah in the west, making it even more difficult to supply government forces. They said they had also captured the provincial headquarters in Lashkar Gah, the capital of the southern province of Helmand, a hotbed of militant activity.

Photos and video footage uploaded online also show apparent Taliban members holding U.S.-provided M-16 rifles, Humvees, and Ford trucks. In one instance, Taliban militants were seen standing next to a seized Soviet-era Mi-35 Hind attack helicopter at the Kunduz airport, although it’s not clear if the helicopter still works or if Taliban forces are able to pilot it.

The Taliban, however, risk isolating the country if they do seize overall control. “Attempts to monopolize power through violence, fear, and war will only lead to international isolation,” the charge d’affaires at the U.S. Embassy, Ross Wilson, said on Twitter.