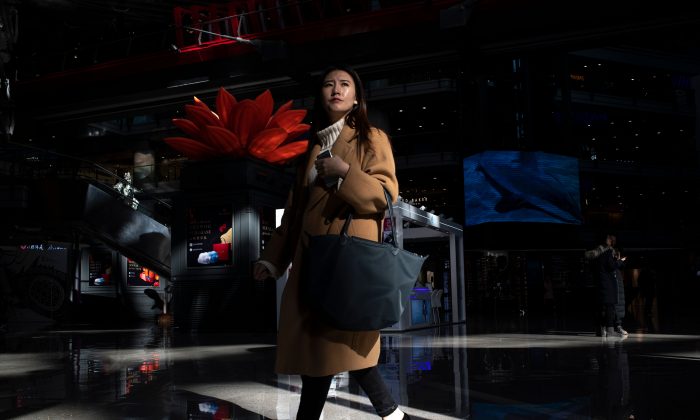 Taking the Temperature of Chinese Markets

As China heads into the Lunar New Year holiday break, its financial markets are trending higher.

In January, key Chinese equity indices have seen their biggest gains in years, despite economic headwinds and the ongoing trade war that still lingers.

The CSI 300, an index that tracks stocks from the Shanghai and Shenzhen exchanges, rallied around 6 percent last month. The benchmark Shanghai Composite was up 4 percent in January, and Hong Kong’s Hang Seng index gained about 8 percent the same month.

Those results come after a tough end to 2018, when the Shanghai Composite lost 25 percent for the year—as the worst-performing major market in the world—and the Hang Seng lost 15 percent.

Overall, the onshore Chinese market did well enough that by the end of January, it surpassed Japan to reclaim its title as the world’s second-largest stock market.

Currency markets also rebounded, with the USD-CNY exchange rate at 6.69 yuan per dollar, an increase of around 2.5 percent since Jan. 1.

The rosier outlook on Chinese financial markets is driven by both domestic and foreign factors.

And more announcements should arrive in the coming weeks, including widely expected value-added tax cuts and a further reduction to banks’ reserve requirements. ING’s China economist Iris Pang forecast earlier this year that 4 trillion yuan ($150 billion) of stimulus programs will be introduced in 2019, with roughly half going to support infrastructure.

More recently, the Federal Reserve’s more dovish tone—suggesting that it may take a more wait-and-see approach to interest rate hikes—not only boosted U.S. equities, but has served to lift Chinese markets as well. A lower pace of interest-rate increases in the United States will likely put less pressure on the Chinese currency and assist in stemming capital flight.

In fact, some Wall Street analysts are expecting just the opposite in 2019. Morgan Stanley Asia Pacific equity strategist Laura Wang predicted “a record year for foreign inflows into the Chinese A-share market,” in a recent note to clients.

What lays behind the confidence is the expectation that two major stock indices will begin including Chinese domestic A-shares into their widely used benchmarks. The FTSE Russell is expected to include Chinese A-shares in its Emerging Markets Index, and MSCI is expected to increase allocation of Chinese A-shares to 20 percent from 5 percent. Both events would induce global asset managers who reference these widely benchmarked indices to buy Chinese stocks.

Morgan Stanley forecasts between $75 billion to $125 billion of total inflows into Chinese A-shares from passive and active managers, starting mid-year.

But several variables suggest that the markets may be more sanguine than warranted.

Besides artificial stimulus and policy mitigants—both domestic and foreign—very little evidence in the fundamentals suggests that the Chinese economy is trending in a positive direction.

The Caixin’s private PMI casts a different picture than Beijing’s official PMI readings, which showed a small monthly increase from 49.4 to 49.5—an expansion so small that it is within the margin of error.

Going forward, February isn’t likely to get any better. The month that contains the Chinese lunar new year is typically a weak month for industrial production for obvious reasons — but this time the sentiment is exacerbated by continued poor business sentiment, a weak property market, and soft global demand.

Instead, this month will be mostly about the consumer: The annual Lunar New Year is critical for consumer spending, and tens of millions of people are expected to travel and open their wallets to buy gifts for families. This will be a strong litmus test for the retail sector.

But some experts warn that changing consumer behavior may bring bad news. Gift purchases “will not be what it used to be 10 years ago, because a lot more Chinese consumers nowadays choose to travel abroad rather than go to their hometown,” warned Nikos Kavalis, director of the research firm Metals Focus, in an interview with Bloomberg News.