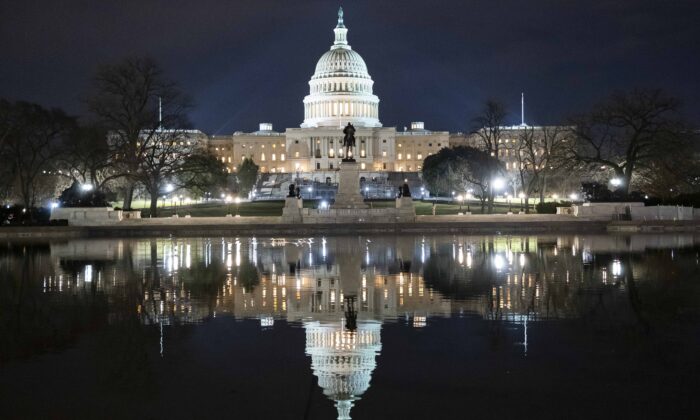 Taking Stock: The State of the 2 Parties

With the two “i”-fiascos (impeachment and Iowa caucuses) out of the way, the 2020 presidential race should be the dominant political story until November. What is the state of the Republican and Democratic parties at this juncture?

Let’s start with the Republicans.

The GOP seems more united than it has been in decades. Credit for this unity is shared by President Donald Trump and the Democratic-controlled House of Representatives. Nothing succeeds like success, and Trump’s success in achieving so many of his policy goals despite fierce partisan opposition has converted many Republican doubters into believers.

Only Sen. Mitt Romney (R-Utah) seems like a holdout (more on Romney in a moment). After the insulting and bullying (and, dare we say, unhinged?) impeachment-related behavior of House Speaker Nancy Pelosi (D-Calif.) and Reps. Adam Schiff (D-Calif.), Jerrold Nadler (D-N.Y.), Chuck Schumer (D-N.Y.), et al.—in trashing the Constitution, staging a banana republic-style kangaroo court impeachment process, and repeatedly disrespecting the intelligence and morality of Republicans—all the other Republicans in Congress have been galvanized into unity behind the president.

They’ll now work together to return Trump to the White House and keep the levers of presidential power out of the hands of a gang of people who have shown themselves spectacularly unworthy of being entrusted with that power.

The Trump-led Republican Party of 2020 has retained key core values from the pre-Trump years—respect for the sanctity of life; a recognition of the economic fact that the private sector is the key to economic growth and so government burdens on that sector need to be lightened; standing strong and acting resolutely and purposefully on the international stage; vigorous defense of the First and Second Amendments; increasing freedom of choice in health care and education; and others.

The GOP is different in that libertarian and fiscal conservative voices have been muted. Government spending has risen steeply in Trump’s first term, and Trump has conceded that government spending will continue to rise for the foreseeable future, because, like it or not, most Americans have come to expect more from government.

The Republican Party is also less free-trade-oriented than it was. As an economist, I wince at the domestic pain inflicted when our leaders raise tariffs, but from a geopolitical standpoint, strong and, at times, painful measures simply had to be taken to confront the Chinese threat.

As for Romney (with whom I went to prep school, although I’ve only spoken to him once in my life), he was raised with the code of the gentleman, and he just can’t reconcile himself to Trump’s street-fighting verbal tactics. But for years, Republicans, including Romney and his running mate, Paul Ryan, allowed Democrats to get away with calling them murderers and wanting to push grandmothers off cliffs, and—most importantly—losing elections.

If anyone is to blame for the emergence of Donald Trump and his take-no-prisoners language, it’s Democrats, because they left that as the only apparent way for a Republican to win at this stage. Romney believes in statesmanship and a willingness to compromise, but if he had been president and made concessions to Democrats, they would have sneered at his weakness, denounced him, gone for his jugular, and grabbed every policy win they could without giving up anything significant in return. I hope someday that Romney awakens to this reality.

Now, what about the Democrats? The Democrats aren’t as united as the Republicans. They’re torn between the far-left socialist ideas of Sen. Bernie Sanders (I-Vt.) and Democrats who believe that a less-extreme candidate will be more electable.

Where the Democrats seem united is in their apparently unlimited capacity to tune out any reality that doesn’t fit their narrative. We saw this syndrome in action during the impeachment farce when House Democrats called no pro-Trump witnesses—which made sense, in a way, because if they had called them, they would have blocked out their words anyhow.

We saw it during the State of the Union, when Trump shared good news about Democratic constituents, but Democrats couldn’t even nod approvingly because the words emanated from Trump. We also saw after SOTU that many Democrats tuned out Trump so thoroughly that they didn’t even know what he said.

For example, one Democrat said that Trump bashed immigrants in his speech, whereas Trump actually made it clear he welcomes law-abiding, hard-working immigrants who enter the country legally. Another Democrat complained that the president was taking all the credit for every reform, when, in fact, he said, “I … and the people in this room got [criminal justice reform] done.” Another complained about Trump calling Democratic plans to nationalize health care “a socialist takeover.”

Well, what else can you call the government nationalization of an industry?

Here’s my two cents’ worth about the leading Democratic candidates:

I think Democrats will reject Sen. Elizabeth Warren (D-Mass.) sooner or later. She’s just too hyperactive and wonky for the average voter. If her rivals (whether Democratic or Trump) challenge her to explain the details of any of her dozens and dozens of plans (yes, “plans” as in central economic planning) their eyes will glaze over and Warren will be exposed as lacking the capacity to keep all those details straight.

I think Joe Biden’s candidacy is toast. With his own party making such a big deal about a corrupt deal that didn’t happen, the appearance that Biden has been guilty of (at least) one potentially corrupt deal that did happen will torpedo his campaign. Actually, Democrats should thank Trump for calling attention to Biden’s dubious past behavior so that Biden doesn’t get nominated and then later have his candidacy blown up by damning revelations.

Pete Buttigieg will have staying power. Some have said that he’s the right “symbol” for the party of identity politics. By this, they mean that in 2008, Democrats nominated our first black president, in 2016, they nominated the hoped-for first female president, and in 2020, it’s time for the first gay president. There may be some substance to that, but I would point to Buttigieg’s youth and relative obscurity as strong advantages.

Think about it: The last three Democrats to be elected president were all in their 40s and ran against men in their 60s. Jimmy Carter and Bill Clinton were little-known governors and Barack Obama was a little-known senator. Buttigieg is stretching the parameters of the paradigm by being in his 30s and only a mayor, but when citizens are weary of the “same old same old,” they might be ripe for a fresh young face.

Sanders, though, is the candidate to beat. The siren song of socialism has enthralled millions of Americans, and Bernie is their most famous and uncompromising mouthpiece. Moderate Democrats, such as The Wall Street Journal’s William Galston, fervently hope that Democrats won’t nominate Sanders. I share Galston’s sentiments, albeit for different reasons.

That Sanders is being seriously talked about as a possible POTUS brings to thought Clarence Darrow’s dry comment, “When I was a boy, I was told that anybody could become president; I’m beginning to believe it.” Do millions of Americans really want their leader, our national figurehead, to be a person who never achieved success in the private sector?

Sanders has become a millionaire several times over by cleverly marketing his only real talent—demagogically telling Americans year after year, decade after decade, that they deserve and are entitled to have more of their neighbors’ wealth. This has been a lucrative shtick for Sanders, but it stands in stark contrast to the incumbent who—whatever his rough edges—has put thousands of people to work and created real wealth for his fellow man.

Although Sanders is currently the favorite, if I were a Democratic strategist seeking the best chance for victory in November, I would work to assemble a ticket of Sen. Amy Klobuchar (D-Minn.) and Buttigieg. These are solid, reliable progressives, youthful-looking—one a woman, one a gay man—under moderate exteriors. They would have a better chance of winning the decisive votes of the up-for-grabs middle-of-the-road voters than the flame-throwing, Old Testament prophet type called Bernie Sanders.

So, which party will prevail in November? It’s too early to say. As of today, Trump has to be the favorite. He has the dual advantages of being the incumbent and presiding over stronger economic growth than his predecessor. But Republicans can’t afford to become complacent or overconfident.

American voters seem to have very much of a “What have you done for me lately?” mentality when it comes to reelecting presidents. What Trump does this summer and fall, and who the Democrats nominate and how they package that nomination, will ultimately determine who wins.