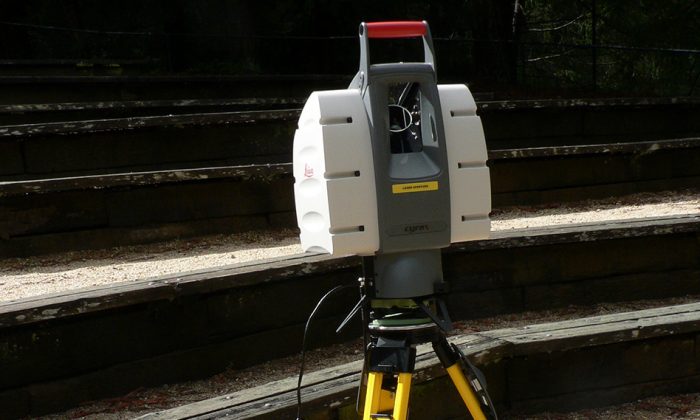 A conventional lidar scanner, which detects photons to gauge depth. MIT researchers have developed a imaging algorithm that can process the lidar data into high-resolution images. (David Monniaux/Wikimedia Commons)
Tech

Taking Pictures in the Dark

The First-Photon Imager takes pictures in darkness. Developed by researchers at the Massachusetts Institute of Technology (MIT), the camera uses break-through technology to pick up on miniscule particles of light, or photons, reflected off an object and develop a high-resolution photo.

Conventional cameras shooting in low light require tens or hundreds of photons (reflected off an object) per pixel to capture a high-resolution photo. The First-Photon Imager uses only one photon per pixel.

The camera fires laser pulses into the near-dark environment. A detector picks up on the photons that bounce off the objects photographed. An imaging algorithm processes the detected photons into high-resolution images.

The real innovation is the imaging algorithm. The lasers and detectors are not exactly break-through tools, as lidar scanners already use this technology to gauge depth. Google Street View, for example, uses the lidar technology.

The algorithm processes time-of-arrival data related to the protons. It can determine from how long each proton takes to arrive at the camera lens in relation to the other protons at which depth to depict that pixel in the 3-D image.

“We didn’t invent a new laser or a new detector,” lead developer Ahmed Kirmani told the journal Science; the algorithm his team developed can be used with existing photon detectors.

The development was partly funded by the U.S. Defense Advanced Research Projects Agency. The new camera will initially be used by military intelligence units, so it’s not available at your local electronics store yet.

Nighttime military reconnaissance and other such uses are possible. The camera could also help examine objects and specimen that are easily susceptible to damage under bright lights. The technology can also be used by ophthalmologists—doctors who deal with the anatomy, functions, and diseases of the eye—to examine eyes without shining bright lights into them.

The MIT research team published a description of the device on Nov. 29 in the journal Science.