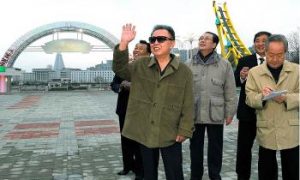 President Obama proclaimed January “Stalking Awareness Month.” He wrote, “Stalking affects too many Americans to remain a hidden crime, and a strong stand is required in order to both support victims and hold perpetrators accountable.”

According to the Department of Justice’s Office on Violence Against Women (OVW), the behavior is often misunderstood as harmless or as an expression of caring. Tracy Russo of DOJ wrote on the OVW blog, “Stalking is often hard to recognize. Sometimes, considered as bothersome and intrusive, it is ignored.

Technological advances are an added tool used by stalkers to intimidate and control their victims. Many do not report their experiences to law enforcement because it is not immediately recognized as a crime. Some are unaware that it is defined as such in every state.”

Russo wrote that the crime affects about 1 million American adults each year. It also affects children and adolescents. The department’s awareness campaign adopted the motto “KNOW IT, NAME IT, AND STOP IT.”

The president wrote, “I call on all Americans to learn to recognize the signs of stalking, acknowledge stalking as a serious crime, and urge those impacted not to be afraid to speak out or ask for help. Let us also resolve to support victims and survivors, and to create communities that are secure and supportive for all Americans.”