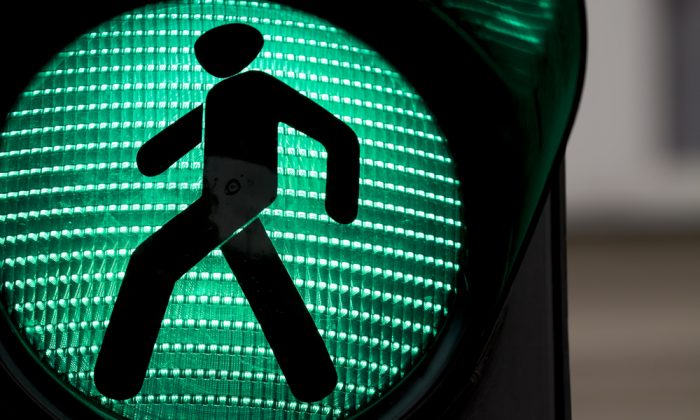 It’s Valentine’s Day, so what better way to celebrate than some romantic traffic light designs?

It’s a strange idea but in southern Taiwan, that’s exactly what they’ve done.

The first of 40 new pedestrian signs featuring “couples” have been unveiled in southern Pingtung County, according to Taiwan News.

One shows a kneeling man proposing to his girlfriend, while another shows a green man holding his girlfriend’s hand while they cross the road.

Pingtung County Police trialed the designs in December, with the intention of making the existing traffic lights “more attractive.” Their designs will now be rolled out across the county during 2018.

Pingtung’s mayor, Pen Men-an, said to Taiwan News that the change “emphasizes Pingtung as a county filled with love.”

Designer Cheng Da-wei told Apple Daily that he hoped the designs would encourage better safety awareness among the young and make crossing the road “exciting.”

It’s not the first time traffic lights have been changed from the standard design.

In Utrecht, The Netherlands, one traffic light has been designed as a tribute to a local cartoonist, Dick Bruna, with a rabbit character called Miffy.