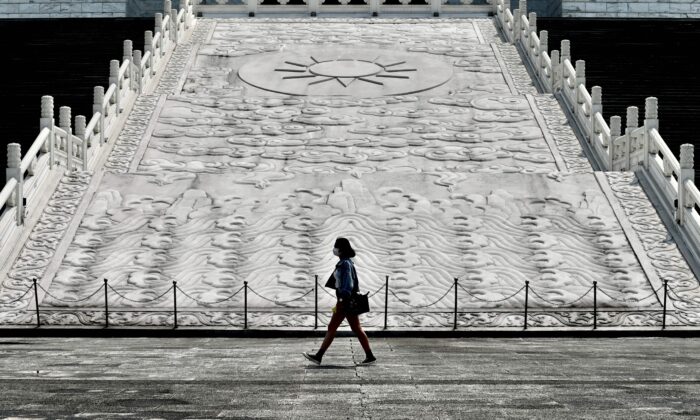 A woman wearing a face mask, amid concerns of the coronavirus, walks in front of Chiang Kai-shek Memorial Hall in Taipei, Taiwan, on March 31, 2020. (Sam Yeh/AFP via Getty Images)
Viewpoints 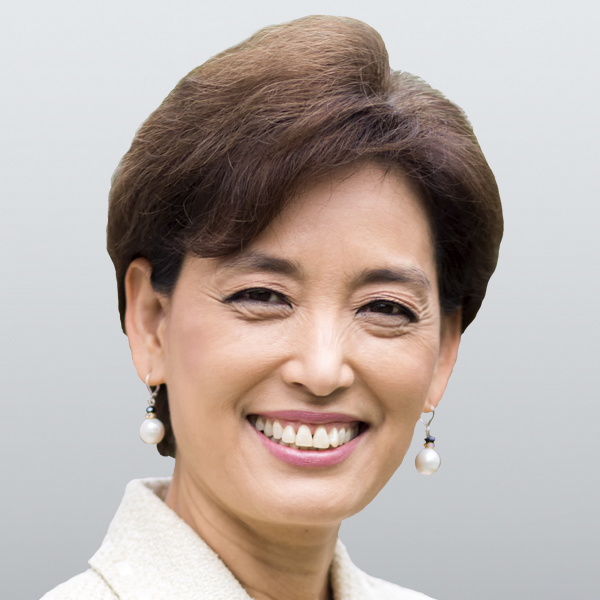 The United States is experiencing something uniquely challenging, the deadly coronavirus. Massive readjustments are being forced on Americans with “social distancing” and stay at home orders. These are times of great uncertainty and concern as our economy dramatically slows.

Experts rightfully warn of many more American fatalities, especially among the elderly and sick. Meanwhile, Washington, D.C. and state governments are scrambling to respond to this unprecedented crisis.

The world is in this together, with almost no country going untouched by what the World Health Organization (WHO) has declared as a pandemic. What is different though is how each country responds.

International coordination to combat coronavirus is essential. Important too is learning “best practices” from those governments who have most successfully responded to this grave health challenge. At the top of this list is Taiwan.

With a population of 23 million, as of March 29, Taiwan has about 300 reported coronavirus cases and only three deaths. That is an impressively low number, given the island nation’s proximity to China, where the virus originated, and the high rate of travel between Taiwan and China. In January, when coronavirus cases were emerging in China, Taiwan was considered by health experts to be one of the most high-risk countries.

Taiwan’s low number of cases is no coincidence. According to one report, Taiwanese authorities took 124 actions starting in December, when most of the world was oblivious to the threat. Among those actions, Taiwan activated a command response center, which holds daily briefings, sent a fact-finding team to China, imposed travel bans and quarantines, and restricted the export of medical supplies.

Taiwan also has conducted an exemplary public affairs campaign and impressively utilized information technology. Experts note that Taiwan has learned from the SARS experience 17 years ago, when it was heavily hit.

The effectiveness of the Taiwanese response is all the more impressive given that it’s not a member of the World Health Organization. Beijing has always rejected Taiwan’s membership as part of its decades long policy of attempting to isolate it and diminishing its legal autonomy.

Today, WHO lists Taiwan as a province under China. While China allowed Taiwan’s government of Ma Ying-jeou, who had a accommodationist stance toward the Chinese Communist Party, to have “observer status” at the WHO from 2009 to 2016, allowing it to attend the annual policy meeting, that changed with the election in 2016 of Tsai Ing-wen, who is explicitly for Taiwan’s de facto sovereignty.

Today Taiwan is nearly isolated from the WHO. It receives information from the United States, Japan, and other countries. Some say this works well enough. That’s missing the point, however.

The world, through the WHO, has a lot to learn from Taiwan. That can best be accomplished only if Taiwan has a seat at the WHO.

The U.S. Congress several times has rejected the folly of excluding Taiwan from the WHO. It has passed resolutions endorsing its admission, while also requiring the State Department to push for Taiwan’s admittance.

The Trump administration has supported Taiwan here too. Its ambassador to the United Nations in Geneva recently urged the WHO to “engage directly with Taiwan public health authorities on actions.”

Many countries have expressed their support in light of the current health pandemic. That list includes Japan, Canada, and the European Union. Only Beijing stands in the way.

No country’s response to this crisis will be perfect. The coronavirus is a unique challenge, and lessons must be learned along the way. It’s a constant threat, and no country is safe. Taiwan also must contend with travelers who are returning from heavily infected areas. To deal with that, its national health database is merged with its immigration and customs database, allowing its government to identify those who need to be isolated.

Through this all, Taiwan has shown the way. Its accomplishment is all the more impressive given its isolation from the WHO. With the COVID-19 sweeping the world, it is more clear than ever to put aside the politics and let Taiwan join the WHO as a full-fledged member.

We can’t play politics with global health. This is not the first, and certainly not the last pandemic of this magnitude, and the world must be better prepared by sharing best practices in a timely manner.

The United States and world have a lot to learn from Taiwan’s impressive response.