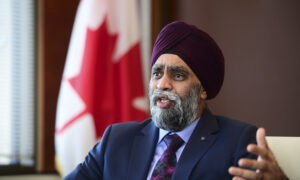 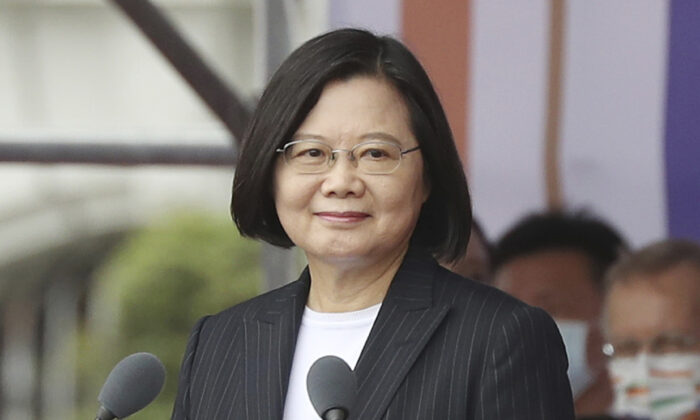 The House of Commons unanimously adopted a motion Wednesday in support of the statement of the vice president of the Halifax Security International Forum that the president of Taiwan is an “ideal fit” for the prestigious John McCain prize.

The motion, introduced by Conservative foreign affairs critic Michael Chong and created in consultation with all political parties, called on MPs to express whether they agree with the statement of the Forum’s vice president Robin Shepherd that President Tsai Ing-wen deserves the John McCain Prize for Leadership in Public Service.

“President Tsai Ing-wen of Taiwan ‘is a well-respected international leader, female president of Taiwan and a strong global advocate for democracy,’” Chong read from Shepherd’s statement as he introduced the motion.

“‘She would certainly be an ideal fit for this award.’”

The Forum awards the the John McCain Prize for Leadership in Public Service annually “to individuals from any country who have demonstrated uncommon leadership in the pursuit of human justice.” Politico reported that the Forum plans to give the award to Tsai “for standing strong against China’s relentless pressure,” although so far not a winner has not been announced.

Chong’s non-binding motion also called on the government, a major sponsor of the Forum, to maintain funding at current levels even if the organization decides to present the McCain award to Tsai.

That call came after Politico reported on April 11 that Canadian officials threatened to pull funding from the Forum if the award is given to Tsai. The Forum received $3.1 million from the Department of National Defence for its 2019 international defence conference.

Although the Forum is based in Washington, it holds its high-profile defence conference annually in Halifax, which is attended by senior-level politicians and military officials who discuss global security issues.

On April 12, Defence Minister Harjit Sajjan rejected claims that the government threatened to withdraw the funding.

During question period the following day, Sajjan was asked by Conservative defence critic James Bezan if the Forum “will get to keep its funding, and will he support bestowing the John McCain award to the President of Taiwan?”

“The Halifax International Security Forum is an independent organization, and it makes its own decisions on where the awards need to go,” Sajjan replied.

As for funding future events, the defence minister declined to commit but said once a request is made it will be considered.

Prime Minister Justin Trudeau, however, said funding would continue when Chong questioned him in the House on April 14.

“The government’s attempt to silence those critical of China is shameful and it plays right into China’s desire to silence its critics abroad,” Chong said.

“Will the prime minister admit this was a mistake and commit to continuing to fund the Halifax International Security Forum even if it awards the John McCain Prize to Taiwan’s President Tsai Ing-wen?

“The government has supported and provided funding to the Halifax security forum throughout our time in office, and the minister has participated every year and will continue to,” Trudeau replied.

Chong also asked Trudeau if the government will support Taiwan’s participation in the annual World Health Organization (WHO) meeting next month, given that it has not been invited but Foreign Affairs Minister Marc Garneau “has referred to Taiwan as a country.”

“As a government, we have always been consistent in supporting Taiwan’s meaningful participation in international forums,” Trudeau said.

“Taiwan’s role as an observer in the World Health Assembly’s meetings is in the interest of global health. We welcome the participation from the entire international community to work together to promote global health.”

Non-WHO member Taiwan had lobbied to take part in the meeting in May 2020 to share its successful experience in combating COVID-19 with the international community. At the time, it had only reported 440 cases and seven deaths.

But Taiwan’s efforts came to a naught when Beijing strongly objected to its participation unless it is willing to acknowledge it is part of China. The WHO eventually did not invite Taiwan.

The Chinese Communist Party claims Taiwan is a breakaway province that should be under its control. The regime has warned other countries against recognizing Taiwan as a sovereign state and has increased its military activities near the island in recent months. A Chinese defence ministry spokesperson in January reiterated that Taiwan is a part of China, and warned that “independence means war.”

U.S. Secretary of State Antony Blinken said on April 11 that it would be a “serious mistake” for China to attack Taiwan, and said there’s “real concern” about the communist regimes threats against the island.

Tsai, who was re-elected in a landslide election in January 2020, has maintained that Taiwan is independent and that her government  government “will not give in to threats and intimidation” from China.