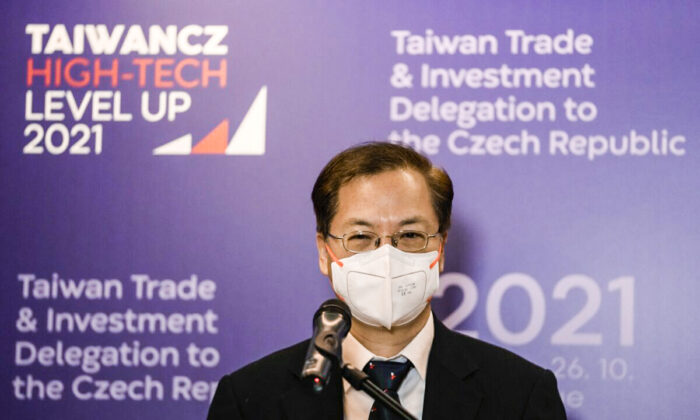 PRAGUE—Taiwanese government ministers were visiting the Czech capital on Monday accompanied by dozens of business and research representatives to boost trade and investment, a move that has angered China.

Taiwan relies on such exchanges to counter the Chinese regime’s efforts to isolate the self-governing island that Beijing claims as its own territory, to be annexed by military force if it deems necessary. Taiwan is a de facto independent country, with its own military, democratically-elected government, and constitution.

The Czech Republic, like most countries, has no formal diplomatic ties with Taiwan, but maintains robust informal contacts. Taiwan’s high-tech companies are also significant investors in the Czech Republic.

The ties between Prague and Taipei were boosted by last year’s trip to Taiwan by the speaker of the Czech parliament’s upper house, the Senate, Milos Vystrcil. He was accompanied by more than 80 representatives from government, business, and academia, drawing strong criticism from the Chinese regime.

Vystrcil and other senior officials in the Senate, together with representatives of government business and tourist agencies and business groups, are scheduled to meet the members of the Taiwanese delegation.

During the pandemic, Taiwan sent the Czech Republic equipment to make quality face masks while the Czechs donated coronavirus vaccines to Taiwan.

The delegation is also visiting two other European Union countries, Slovakia and Lithuania.