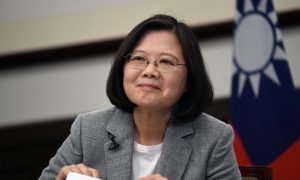 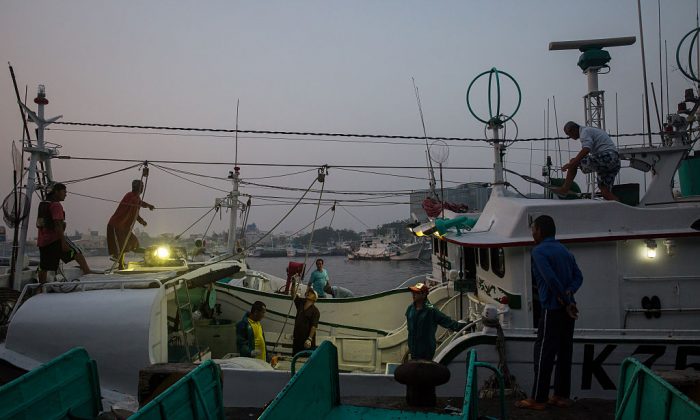 Taiwanese Businessman Smuggles Himself to Taiwan to Avoid Persecution in China

A Taiwanese businessman working in China recently paid a smuggler to return him safely to Taiwan to escape persecution by Chinese authorities after he says he was framed for committing fraud.

The businessman said that after a conflict broke out between executives at the Taiwanese company that employs him and Chinese officials, he was harassed by the officials.

The 46-year-old businessman, who only identified himself as Mr. Li, turned himself in to a police station in Sanxia, one of the districts in New Taipei City, Taiwan, on Jan. 19, explaining to police how he had illegally entered Taiwan to avoid persecution in China, according to Taiwanese local newspaper Apple Daily.

He said he had paid 470,000 New Taiwan dollars ($15,218) for an arrangement to board a fishing boat in Quanzhou, a port city in Fujian Province, which would arrive at Taiwan’s controlled archipelago of Penghu, situated in the strait between China and Taiwan. He boarded the boat at 9:30 a.m. on Dec. 21, 2018, and arrived in Penghu 12 hours later.

According to Li, he had to take such drastic measures to return to his own country because of how he was mistreated in China.

Li told the police that on Oct. 9, 2018, he went on a business trip to China on behalf of his employer, which is in the business of buying and selling electronics waste. As soon as he landed in China, Li stated that he was arrested on the charge of committing fraud.

The next day, he was sent to a detention center in Dongguan City in southern China’s Guangdong Province. He wasn’t allowed to post bail until about a month later, on Nov. 6. Li said that immediately after he was released from the detention center and stepped out the door, he was whisked away by a group of Chinese officials, to be detained at another site in Panyu District, in neighboring Guangzhou City.

However, Li said his ordeal wasn’t over. When he tried to board a plane to return to Taiwan, Chinese customs officials didn’t allow him to get on the flight, claiming that because his criminal case remained unresolved, he couldn’t leave.

Out of fear that he might be detained again, Li decided to take his chances with a human smuggler to return to Taiwan.

Li’s case is one among many incidents of Taiwanese entrepreneurs who became victims of business fraud and deception in China—sometimes framed by Chinese government officials.

Kao Wei-pang, founder of the Taiwanese Victims of Investment in China Association, told the Taiwan edition of The Epoch Times in a November 2018 interview that as of the end of 2017, there were more than 70,000 cases of Taiwanese entrepreneurs filing grievance complaints with the Taiwan Affairs Office, an administrative agency under China’s cabinet-like State Council that deals with issues regarding Taiwan.

Kao estimated that Taiwanese businesspeople have suffered losses totaling at least 1 trillion New Taiwan dollars ($32.36 billion), but none have been able to get their lost finances back.

Wu reneged after seeing a surge in gold prices, and decided to collude with a local notary public to produce fake documents “proving” that the shares belonged to Wu. Wu then auctioned off the shares that should have been Ding’s.

Ding never recovered her losses, despite seeking help from the Taiwan Affairs Office.