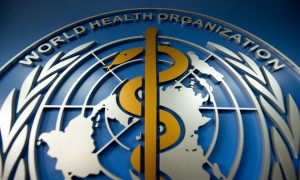 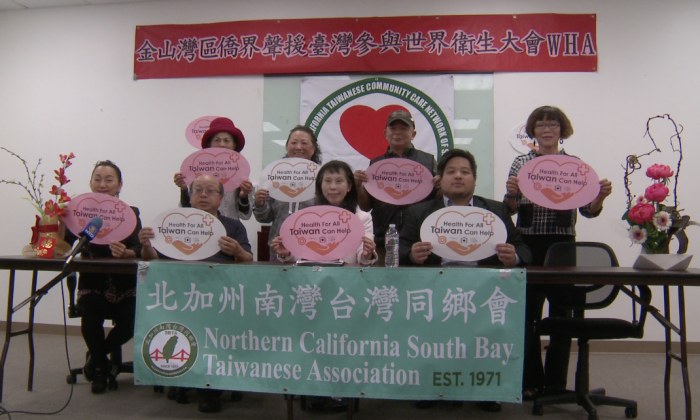 SAN JOSE, Calif.—China’s efforts to block Taiwan from participating in the World Health Assembly (WHA) in Geneva from May 20–28 were criticized by the Taiwanese community in Northern California.

The WHA is an annual forum by which the World Health Organization (WHO) is governed by its 194 member states.

Li spoke at a press conference in San Jose on May 18, protesting the WHA’s denial of Taiwan’s observer status.

The press conference was held by the NCTCCN and the Northern California South Bay Taiwanese Association (NCSBTA).

Li said in Chinese that the WHA has excluded Taiwan from its annual meeting for three consecutive years. Health and medical services for the 23 million people in Taiwan have been ignored by the WHA under the influence of the Chinese communist regime.

She pointed out that the Chinese Communist Party (CCP) says that Taiwan is part of China, so it says the CCP is the only one that can represent Taiwan.

There is a long-standing controversy between the CCP and Taiwan about whether or not Taiwan is part of China.

“Taiwan doesn’t belong to the CCP government. Taiwan is not part of China. Taiwan is Taiwan,” Li said in her speech.

Taiwan attended the WHA from 2009 to 2016 as an observer, when Taiwan’s relations with China were better. However, Beijing has blocked the WHO from inviting Taiwan to the WHA since the current pro-independence president, Tsai Ing-wen, was elected in Taiwan in 2016.

Beijing’s efforts to keep Taiwan out of the WHA have met with resistance from the countries that have good relations with Taiwan.

The United States, Germany, and the United Kingdom spoke out in Geneva on May 20, the first day of the forum, in support of Taiwan’s participation in the WHA, according to a report by Focus Taiwan.

“We regret that once again Taiwan was not invited to observe at this assembly as they were from 2009 to 2016. The 23 million people in Taiwan deserve a voice just as much as anyone else does,” said Alex Azar, Secretary of the United States Health and Human Services.

Fourteen of Taiwan’s diplomatic allied countries made a late proposal to try to invite Taiwan to the WHA, but the proposal failed to make it onto the agenda for discussion.

According to Taiwan’s Ministry of Foreign Affairs, the proposal stated that Taiwan’s absence from the WHA since 2017 has jeopardized its people’s rights to health and created a serious gap in the global health security system.

Li Wenxiong, a commissioner of Taiwan’s Overseas Community Affairs Council, also spoke at the press conference. He said that the only way Taiwan can participate in the WHA is to have a separate identity from China.

Samuel Zhou, president of the NCSBTA, said that Taiwan already possesses very advanced medical technology, and it is very sad to see that Taiwan’s healthcare industry cannot contribute to the world because of political reasons.

Zhou Xingjie, a member of the Taiwan Forum, said that China not only steals technology from the West, but also hides the true health and medical situations in China from the rest of the world.

“It is the country with the least qualification to be a part of the WHO,” Zhou said in Chinese.

China has been known to hide information related to serious health crises from the rest of the world, including WHO members.

In 2003, the Beijing government reportedly covered up the SARS outbreak in China. The outbreak had already spread to different regions, causing hospitals to shut down because their medical staff had become infected by the virus; however, China’s health ministry still stated that it was safe to travel in China.

President Tsai tweeted on May 21, “The representation of the 23 million people of Taiwan in WHO should not be subject to a single country’s one-sided interpretations.”