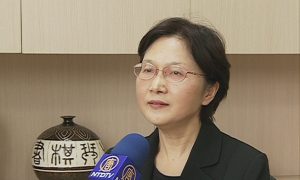 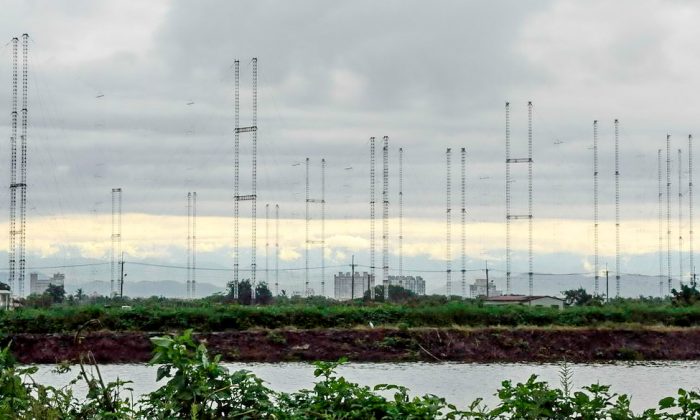 Radio Taiwan International's substation in Tianma, Tainan, has 20 antennas, each 75 meters high, forming a circle. RTI is planning to shut down its substations and end its contracts with Sound of Hope Radio and Radio Free Asia. SOH suspects that the suddenness and resoluteness of the decision may suggest political pressure from mainland China, whose regime has long resented the broadcaster. (Li Yuan/Epoch Times)
Asia & Pacific

Before he became a cause célèbre in the West, the blind Chinese human rights lawyer Chen Guangcheng often would, trapped in his Shandong home, listen to the news and human rights reporting of Sound of Hope Radio.

But now the radio waves of the fiercely independent station are being threatened by bulldozers and bureaucratic fiat, as Taiwan’s largest government-run radio station, Radio Taiwan International, moves to tear down dozens of the expensive towers that send shortwave signals into China and around the world, under what is widely seen as pressure from the Chinese Communist Party.

On July 1 the first shortwave broadcast tower located at Tianma, in Tainan, southern Taiwan, was ripped down, according to the Vice President of SOH, Sean Lin, who lives in Washington.

His colleague, Allen Zeng, the CEO of Sound of Hope, had been trying desperately for two months to put a stop to the process, but has been met with deaf ears by Taiwanese broadcast authorities.

There are a total of around 28 of the 75-meter (246 feet) high structures located at Tianma and Huwei in Taiwan. Sound of Hope has for nine years been renting them to carpet mainland China with its broadcast for four or five hours every night, becoming one of RTI’s largest customers.

Radio Taiwan International has been using shortwave less and less in recent years. Built with the help and funding of the U.S. military, the technology was in the 1970s part of a strategy of attempting to bring uncensored news to people in China, where the domestic media is subservient to the Chinese Communist Party, with an eye to helping the country undergo a democratic transition. Voice of America and Radio Free Asia broadcast into the mainland, where the communists jammed their signals and called them “enemy stations.”

Now, rather than bringing free news to China’s masses, RTI is focused on a domestic Taiwanese audience, which it can serve perfectly well via the Internet. Shortwave broadcasts have little role, so the station has for some time sought to cut costs and shed the towers.

Yet this shift does not explain the peculiar circumstances at present: not the suddenness of the decision to destroy the towers, which were originally simply set to be decommissioned at the end of this year; not the secretiveness and uncommunicativeness of RTI officials in carrying it out; and not their dogged unwillingness to strike any sort of deal with Sound of Hope and Radio Free Asia about taking the towers off RTI’s hands, rather than the latter having to forcibly tear them all down.

In May, Sound of Hope got word that the towers were going to be taken down sometime in mid-summer. They didn’t get any official notice from RTI, though—they heard that from supporters at one of RTI’s outposts. Efforts to talk to RTI by Zeng, who after hearing about what was going on immediately travelled to Taiwan from California, have been largely fruitless.

“Not only did the RTI president order the teardown, he himself went to Tainan, which is on the other end of Taiwan, to make sure it happened, showing how much weight he gave to this teardown,” Zeng wrote in an email. “Earlier last Friday his secretary told me ‘The president cannot meet you on Monday, as he is fully occupied that day.’ In other words, instead of meeting with me and listening to my plea for keeping the towers, this RTI president went to Tainan to tear down the towers first.”

The Taiwanese government did receive a series of letters from United States Congressmen known for their robust support of freedom of speech and human rights in China, but a source close to SOH said that when asked, President Ma Ying-jeou said he had not heard of the controversy.

Assuming Ma is being genuine in saying that letters to him on the matter never reached him, Zeng says this may indicate that political games are being played by officials in the administration who would stand to benefit by having done a favor for the Chinese regime.

No direct evidence suggests that is what is happening, but it would fit into a well-established international pattern over the years, where the Party exerts intense pressure on outsiders and proxies to achieve its political objectives, particularly as they relate to shutting down voices the regime views as critical.

“The Chinese Communist Party is directly at work here,” Zeng wrote in a letter, attempting to rally support. “RTI, instead of honoring requests from the U.S. Congress (three letters were written to President Ma from the House), chose to make sure those towers be down as fast as possible. Only the CCP and its proxies in Taiwan have that motivation.”

If the towers are taken down and SOH is no longer able to use them, its signal will still go into China via its own equipment, but it may be more susceptible to jamming, according to Sean Lin.

It is still possible that the tower teardown can be stopped, though it may take a high-level political decision in Taiwan. Only one tower in one location has so far been taken down, according to Sean Lin, and SOH supporters continue to seek support both on Capitol Hill and in Taiwan’s Legislative Yuan.

There are still headwinds, however. An official in Tainan city, where the Tianma towers are located, told Sound of Hope, according to Zeng: “The reason you want to preserve the towers is exactly the reason they want to demolish them. RTI told us that those towers are too powerful and can reach half of the globe. They said ‘we are afraid that somebody else could obtain those towers for other purposes, so we have to destroy them when we leave.’”

“In other words,” Zeng said, “the letters and concern from U.S. Congress about Radio Free Asia, Voice of America, and Sound of Hope reusing the towers becomes a catalyst for destroying them faster.”