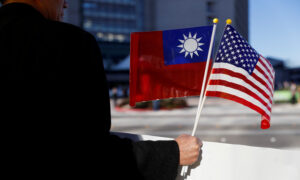 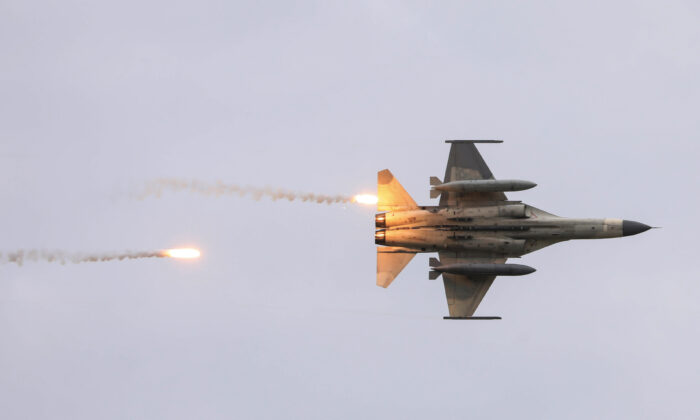 Chinese warplanes frequently intruded into Taiwan’s southwest air defense identification zone (ADIZ) in January. In response to such provocation, Taiwan invited the media to a military drill that showcased the latest aircraft technology, demonstrating its ability to defend the democratic self-ruled island from Chinese aggression.

Beijing views Taiwan as part of its territory and has continually threatened military force to bring the island under its fold.

An ADIZ is a publicly-declared area next to a state’s national airspace, in which approaching foreign aircraft must be ready to submit their identifiers and location. The area allows a nation-state the time to judge the nature of the incoming aircraft and take defensive measures if needed.

According to Taiwan’s Ministry of National Defense, such incursions have since been seen on a daily basis, most recently when six Chinese military jets entered the island’s ADIZ on Jan. 28.

The event was the public debut of the Wan Chien missile, an air-to-ground cruise missile developed and produced by Taiwan’s National Chung-Shan Institute of Science and Technology.

As a strategic weapon, the Wan Chien has a cluster bomb that has the longest range of any aircraft in Taiwan’s air force. It can be launched near the median line of the Taiwan Strait to hit airports, landing vessels, and troop assembly areas in the Chinese provinces of Fujian and Guangdong. The missile is considered an essential tool for thwarting Chinese aggression.

Col. Lee Ching-shi said during the drill that the Wan Chien is a missile for fire suppression that targets large areas, and can be used to conduct ground and maritime strikes. However, he declined to reveal details on whether IDFs carry Wan Chien missiles, specific procedures, or timing of their loading, citing military security concerns.

She was informed that the radar station had detected nearly 2,000 Chinese warplanes and over 400 Chinese warships, thus provoking Taiwan air and sea forces to swiftly follow, monitor, and drive away the intruders in order to protect Taiwan’s territories and airspace.

Tsai thanked the employees for their dedication to safeguarding the Republic of China (Taiwan’s official name).

As the Chinese regime intensifies the number of incursions on Taiwan, tension between the two sides of the Taiwan Strait has grown.

On Jan. 23, the new Biden administration released an official statement addressing Beijing’s hostilities. It expressed its “concern” and urged Beijing to “cease its military, diplomatic, and economic pressure on Taiwan and instead engage in meaningful dialogue with Taiwan’s democratically elected representatives.”

China news commentator Tang Qing believes that the true intention of the Chinese Communist Party is to test the Biden administration to see if it would take a strong approach toward the Chinese military’s incursions.