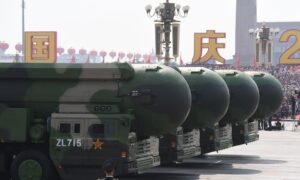 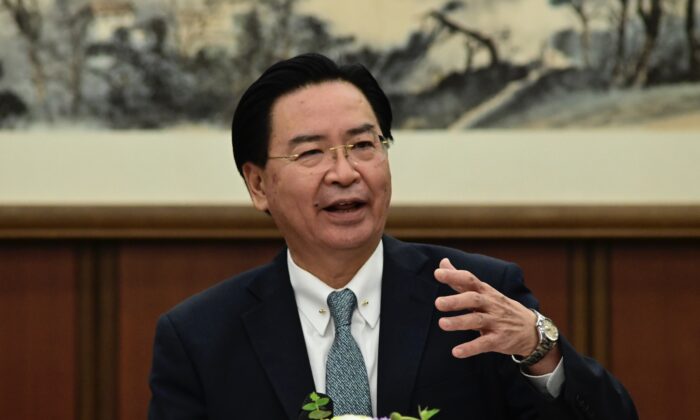 Wu made the remarks during a keynote speech at an online symposium organized by the Washington-based nonprofit Global Taiwan Institute (GTI). The event, which focused on Taiwan-U.S. relations, was attended by U.S. Rep. Ami Bera (D-Calif.) and David Stilwell, former assistant secretary at the State Department’s Bureau of East Asian and Pacific Affairs.

“A democratic Taiwan plays a significant role in ensuring freedom of navigation in the Taiwan Strait and the South China Sea,” Wu said, commenting on Taiwan’s strategic location within the first island chain.

The first island chain is the string of islands closest to the Chinese mainland, stretching from the southern Japanese island of Kyushu through Taiwan, the Philippines, to Indonesia. For decades, military strategists for the Chinese Communist Party (CCP) have seen the first island chain as a barrier before the regime can project its air and naval power to the second island chain and beyond. The second chain stretches from Japan to Guam and Papua New Guinea.

Taiwan is a de facto independent country with its own constitution, democratically-elected officials, and military. However, the CCP sees the island as a part of its territory and seeks to impose its communist rule on the island like it has Hong Kong—either through war or other means to undermine the island’s liberal democracy.

“Isn’t this irredentism precisely what gave rise to the second world war?” Wu said, commenting on Beijing’s aggression toward the island.

The CCP’s aggression is not limited to Taiwan. Wu said Beijing is “waging an ideological warfare against democracy” and “attempting to reshape the rules-based international system to serve its own agenda.”

“It continues to infiltrate democracies with disinformation aiming to demolish our faith in democratic values,” Wu added. “These efforts intend to create the facade that [a] one-party system is more effective than [a] democratic system.”

China’s most recent propaganda campaign involved using the chaotic U.S. withdrawal from Afghanistan, painting the United States as an unreliable partner. The campaign seeks to undermine U.S. standing in the world.

Wu added that Taiwan’s experiences in confronting different threats from the CCP—including cyberattacks, “gray-zone” tactics, disinformation, and “united front” tactics—would be valuable knowledge for other countries.

“Taiwan has learned valuable lessons and developed various means to tackle the threats to democracy, and we are more than willing to share this knowledge with fellow democracies,” Wu explained.

The CCP’s “united front” efforts, carried out by its United Front Work Department (UFWD), seek to persuade organizations or individuals to spread the party’s propaganda, both inside and outside of China.

In the United States, the CCP has also deployed grass-roots level “united front” groups as part of its effort to infiltrate America’s civil and political institutions. In October 2020, the U.S. State Department designated the Washington-based National Association for China’s Peaceful Unification, which is controlled by the UFWD, as a foreign mission for its “malign influence” in the United States.

Wu concluded, “We believe the U.S. can further demonstrate its credibility and reliability in the Indo-Pacific by deepening comprehensive relations with Taiwan.