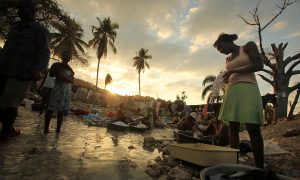 Private Plane Crash in Haiti Kills All 6 on Board, Including 2 Americans
0
Share Now
TelegramFacebookTweetEmailTellMeWeReddit
Copy Link 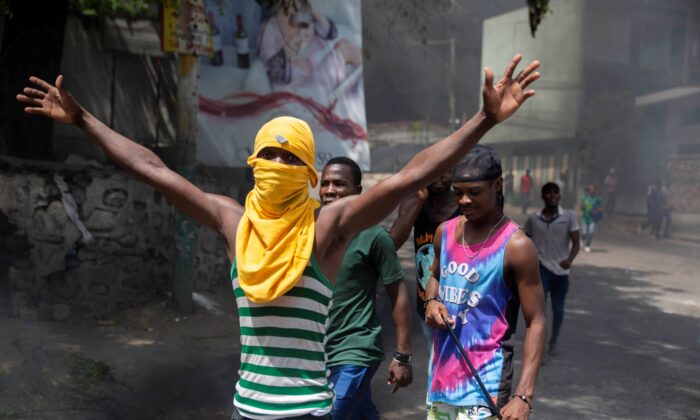 People protest against the assassination of Haitian President Jovenel Moïse near the police station of Petion Ville in Port-au-Prince, Haiti, on July 8, 2021. (Joseph Odelyn/AP Photo)
International

TAIPEI, Taiwan—Taiwan’s foreign ministry says Haitian police have arrested 11 armed suspects who tried to break into the its embassy in Port-au-Prince. It gave no details of the suspects’ identities or a reason for the break-in.

“As for whether the suspects were involved in the assassination of the President of Haiti, that will need to be investigated by the Haitian police,” Foreign Affairs spokesperson Joanne Ou told The Associated Press in Taipei.

Officials said police were alerted by embassy security guards while Taiwanese diplomats were working from home. The ministry said some doors and windows were broken but there was no other damage to the embassy.

Haiti is one of a handful of countries worldwide that maintain diplomatic relations with Taiwan instead of the rival mainland Chinese regime in Beijing.

Police in Haiti said the assassination of President Jovenel Moise was carried out by a commando unit of 26 Colombian and two Haitian-American mercenaries. The two Haitian-Americans were identified as James Solages, 35, and Joseph Vincent, 55, both from Florida.

Seventeen of the men were captured—including Solages and Vincent—after a gun battle with Haitian authorities in Petionville, the hillside suburb of the capital Port-au-Prince where Moise resided.

Three others were killed and eight remain at large, according to Haitian police. Authorities are hunting for the masterminds of the operation, they said.