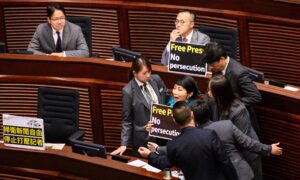 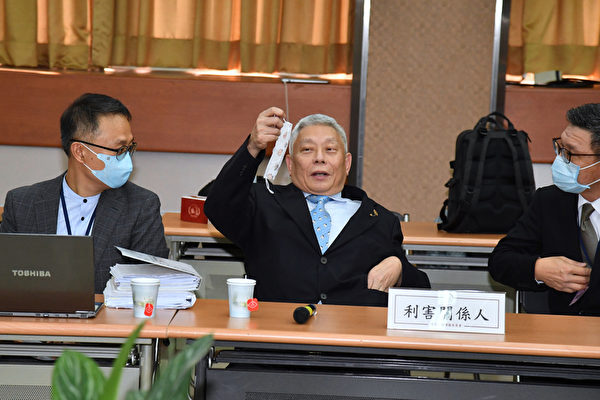 CTi News is a satellite cable news channel, whose current license is scheduled to expire by Dec. 11, 2020. The channel frequently airs content widely seen as favorable to Beijing—which claims Taiwan as part of its territory and has sought to bring the self-ruled island under its fold.

The rejection of CTi cable’s request is the first time Taiwan has shut, even though indirectly, a television news station since the regulator was set up in 2006.

The decision provoked immediate reactions both in Taiwan and mainland China.

CTi released an official statement on Nov. 18 afternoon, expressing strong opposition to the NCC’s ruling and claiming the rejection was a politicized decision.

NCC head Chen Yaw-shyang stated at a Wednesday press conference that their rejection was unanimous.

He also explained that CTi has been cited for violations 25 times, been given two warnings, and fined penalties 23 times, totaling 11.53 million New Taiwan Dollars (about $404,650), including breaching rules on fact-checking, public order or good morals, unclassified ads, child laws, and appropriate operations.

The NCC dismissed CTi’s request for license renewal in accordance with the Satellite Broadcasting Act, stating that CTi failed to follow its own news production norms, repeatedly made false presentations, and selectively executed its disciplinary rules.

Chen also directly accused one of CTi’s major shareholders—Tsai Eng-meng, founder of Want Want China Holdings, one of China’s biggest food companies—of intervening in news production in 2019. This breached the media company’s own rules on editorial independence, he said.

Chen called on media tycoons to show respect for press freedom and independence.

Press freedom group Reporters sans Frontières (RSF) stated that they were sorry for affected CTi staff, but that the NCC’s rejection decision did not constitute an infringement of media freedom.  Established in 1985, RSF is an international nonprofit dedicated to safeguarding the right to freedom of information.