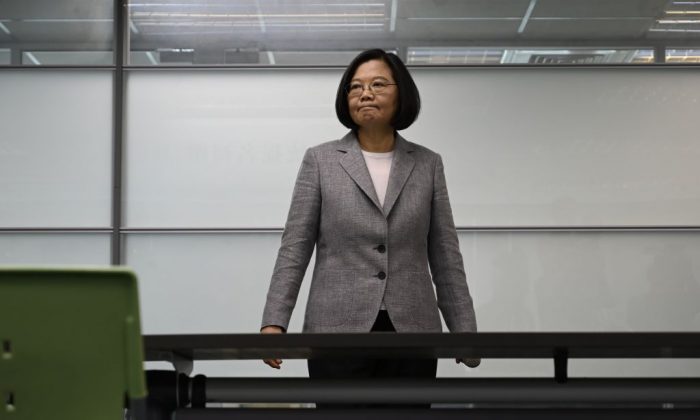 TAIPEI, Taiwan—The Taiwan Association of University Professors has called on the island’s government to stop using public funds to pay for subscriptions to local pro-Beijing media.

Founded in 1990, the nonprofit made the urgent call during a press conference in Taipei on July 29.

Lai Chen-chang, a former lawmaker and current association chairman, pointed out that many government agencies, as well as government-owned or -run companies, subscribe to the pro-Beijing daily newspaper China Times. Newspapers and magazines are usually purchased so that customers or other guests who visit their offices can peruse them.

Lai added that the owner of China Times, Want Want China Times Media Group, has exhibited a clear pro-Beijing stance through other media outlets it owns.

Locals refer to pro-Beijing Taiwanese media as “red media,” after the symbolic color of the Chinese Communist Party (CCP). In June, thousands held a rally in Taipei calling for a nationwide ban on such media outlets.

In recent years, Beijing has stepped up its efforts to influence Taiwan, a self-ruled island it considers a part of its territory. To achieve the goal of swaying public opinion in favor of unification with the mainland, Beijing has sought to influence different segments of Taiwanese society, such as politics and media.

Lai added that blocking out red media is essential for the upcoming presidential election in January next year, as Beijing is prepared to interfere—as it has in past Taiwanese elections—by spreading fake news on social media, swaying media outlets’ coverage, and more.

Any Taiwanese media that choose to become Beijing’s mouthpiece would be seriously undermining the island’s national security, he said.

To stop Beijing’s influence, Lai also called on the island’s parliament, known as the Legislative Yuan, to quickly introduce and pass laws requiring foreign agents to register with the government.

In the United States, for example, the Foreign Agents Registration Act passed in 1938 requires all persons working on behalf of a foreign government or entity to disclose their funding sources and other information with the U.S. Department of Justice.

In early July, Taiwan President Tsai Ing-wen said that passing a bill to ban Beijing’s agents in Taiwan should be a top priority in the next legislative session, to better protect the island’s democracy and freedom, according to local media. The new legislative session begins in September.

China Times Media Group has accused Financial Times of publishing fake news and filed a libel lawsuit in Taiwan court against the UK newspaper and the reporter who authored the story. Nonprofit Reporters Without Borders has condemned China Times for filing the lawsuit, saying that it was “abusing the regulation to harass a seasoned journalist whose works it dislikes.”

Huang Ching-jang, an emeritus professor with the Department of Biochemical Science and Technology at National Taiwan University, also spoke at the press conference. She compared “red media” to poisonous food, saying that since news information is much like food to the brain, it is important that there are regulations and measures to stamp out the “poison.”

Taiwanese lawyer Chen Yu-fan said that Beijing has exploited Taiwan’s democratic and legal systems in order to “attack the island’s freedom of press and freedom of expression.”