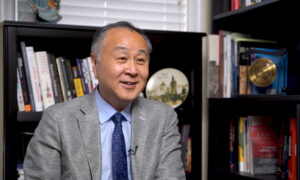 Taiwan’s New Power Party called on the government to step up its assistance to the people of Hong Kong by granting political asylum and to amend Section 18 of the Laws and Regulations Regarding Hong Kong and Macau Affairs. In a press conference held on Aug. 13, the New Power Party that was formed in 2015,  expressed its concern over the deteriorating situation in Hong Kong. They pointed out that the Chinese-ruled city is at a critical juncture now that Jimmy Lai and Agnes Chow were arrested.

The New Power Party hopes for an amendment made to Section 18 of the Laws and Regulations Regarding Hong Kong and Macau Affairs in the upcoming meeting in the Legislative Council on Aug. 17. They hope to put forward specific steps and legal procedures in the amendment so that Hongkongers who need to seek political asylum will have a standard to follow. If they are not qualified for political asylum, then they would be able to apply for other assistance.