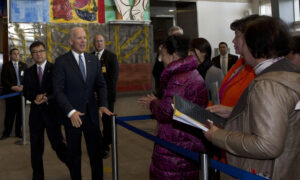 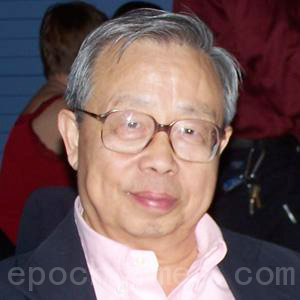 Fang Lizhi, pictured before his death on April 6. (The Epoch Times)
China

Liu Te-Shun, deputy chair of Taiwan’s Mainland Affairs Council also said “his passing is a loss for the human rights community.” Liao Fort Fu-Te, vice president of the Taiwan Association for Human Rights, said, “Fang Lizhi was a scientist and a genuine practitioner for the development of human rights, worthy of respect.”

Lin said that the ideas of freedom and democracy Fang supported are an unstoppable world trend. Mainland China should work towards a free and democratic society and people in Taiwan should support such progress for China.

Lin said she hoped to hold a formal hearing on the recent merger of the broadband company owned by the pro-China wealthy Taiwanese businessman Tsai Eng-Meng and the cable system operator CNS. She criticized the “inappropriate comment” Tsai made in an interview by the Washington Post. Tsai expressed doubt about the number of people who died in the Tiananmen Square massacre in 1989. Lin said the National Communications Commission (NCC) should ask Tsai to come to the hearing and explain himself and resolve public concern.

Liao Fort Fu-Te said that the democracy movement in China is still in progress and Fang played a very important role in the struggle for democracy. After the Tiananmen Square massacre, the China-US relationship was strained. America chose to utilize special channels to protect Fang and offered him political asylum, because he symbolized democracy and human rights. Liao said he thought China should honestly examine the massacre.

Xu Sijian, assistant researcher at the Institute of Political Science, Academia Sinica said the communist regime in China may think it does not need to face up to the massacre now that Fang is gone. That thought is wrong, he said, adding that history cannot be rewritten even after the people who were involved are no longer around.

Fang Lizhi, the former Vice Chancellor of the University of Science and Technology in China, lived in exile in the United States after his involvement in the 1989 people’s democracy movement. In America, he served as the co-chair of the Chinese Human Rights Council. He passed away on April 6 in Arizona at the age of 76. Mainland China initially blocked the news of his death. Later, state-run media published editorials criticizing Fang.