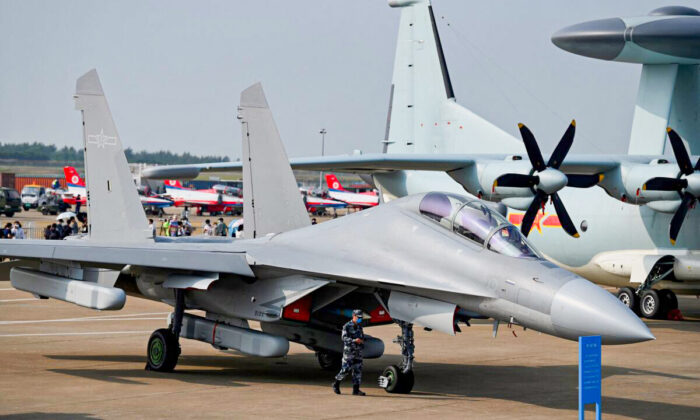 Beijing is paying close attention to how the Russian military fares in Ukraine and how the world has responded to the invasion, with some countries mounting a united front of sanctions and military support and others not even protesting, a House committee heard on May 12.

Academics testified before the House of Commons Standing Committee on Foreign Affairs to discuss the situation in the Taiwan Strait, with much focus on the island’s sovereignty in the face of the Chinese Communist Party’s intention to annex it with Russia’s aggression as a test case.

“I think the obvious lessons from the Chinese on the military side is that the Russians really went in without proper planning and preparation, and the Chinese will make sure that they will not make that mistake … themselves,” said Steve Tsang, professor at the School of Oriental and African Studies University of London.

Tsang said Beijing is also looking closely at the economic sanctions imposed on Russia and evaluating whether the West would be prepared to do the same against China, which would likely result in a much greater impact on Western economies.

“The key lessons they are drawing is quite simply that ‘militarily, we can deal with it, we simply will get ourselves much better prepared.’ In terms of economic ones, it is a much more serious issue. It is still early stages in terms of whether Western unity can hold, but if Western unity cannot hold, then it will be very different kinds of lessons they will draw from it,” said Tsang, who thinks China is still 10 years away from being militarily ready to invade Taiwan.

Tsang said conquering Taiwan is not the first priority of Chinese Communist Party (CCP) leader Xi Jinping, rather it’s to keep Xi and the CCP in power, and that “requires making China great again. Taking Taiwan is part of that.”

Kerry Brown, professor at King’s College London, also said Russia’s performance on the battlefield is giving pause to the CCP.

“When it sees a relatively experienced actor like Russia, with experience [as] the Soviet Union in Afghanistan for almost a decade, having such massive issues as it undertakes its operations in Ukraine, I suppose the Chinese leadership have to pause and think about this,” he said, noting China’s lack of recent combat experience.

China fought a border war with Vietnam in 1979, and before that supported its communist ally during the Korean War (1950-1953).

“An amphibious landing is not easy. I believe the last one was during the Second World War. It’s a huge, huge kind of undertaking,” Brown said.

Brown brought up another issue unrelated to the evaluation of military capabilities—the will of the Taiwanese people, who he said “definitely don’t see themselves remotely as having a wholly Chinese identity.”

The CCP would face a “huge, huge issue” if it “were, heaven forbid, to think about military options.”

André Laliberté, professor at the University of Ottawa, emphasized Taiwan’s sovereign character, saying that to employ the word “reunification” as used by the CCP is not proper, given that Taiwan’s government originated with the founding of the Republic of China in 1911, then fled to Taiwan after the CCP takeover in 1949.

“This is not reunification, as the Chinese government claims, but a pure and simple irredentist claim to subjugate a sovereign state, since Taiwan has never been part of the People’s Republic of China,” he said.

Canada has been vocal about its support of Ukraine in defending freedom and democracy, and has provided financial and military support to Kyiv.

Laliberté said he hopes Canada will do the same with Taiwan, notwithstanding its ambiguous status due to geopolitical power-plays.

“For some, this comparison may not seem valid, because Taiwan does not enjoy the diplomatic recognition of the majority of U.N. member states as Ukraine does. I would like to point out in this regard that Taiwan is a sovereign state according to the criteria of the Montevideo Convention.”

The Montevideo Convention, signed in 1993 by close to half the countries of the Americas (Canada was not involved), says “the state as a person of international law” should possess a permanent population, a defined territory, a government, and a capacity to enter relations with the other states.

Countries are not allowed by Beijing to establish diplomatic relations with China and Taiwan at the same time, and the number of countries having official links with Taiwan has been steadily decreasing.

Currently only 13 countries have diplomatic relations with Taiwan, mostly Pacific island nations and Latin American and Caribbean countries. Taiwan, whose official name is the Republic of China, was ejected from the U.N. in 1971 and its seat given to the People’s Republic of China.

Taiwan and other countries have been pressuring the World Health Organization and Beijing to grant it membership to the WHO, but with no success so far.

“Taiwan was one of the very first governments that sounded the alarm bell [on what became the pandemic], and if we had listened we might have been able to contain the pandemic at the beginning of that process. We didn’t do that. The rest is, as they say, history,” Tsang said.