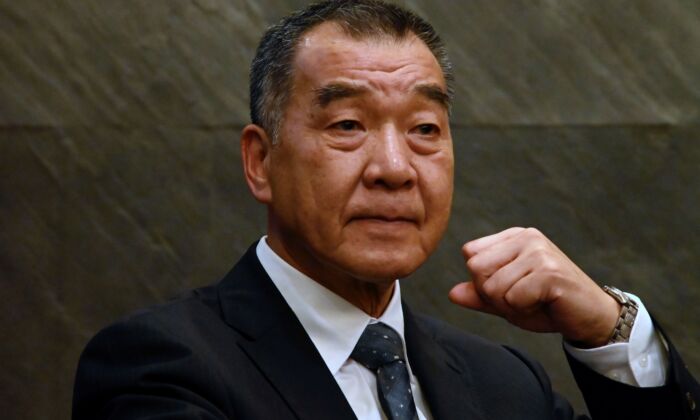 After recognizing the error, the host immediately clarified the situation and apologized to viewers. Soon afterwards, CTS apologies appeared in scroll bars on all its channels, including on YouTube, to spread the correction message.

“Please don’t panic,” CTS said in an emergency statement. “We hereby clarify and apologize for a news alert setup mistake by our post-production staff that led to airing yesterday’s disaster prevention drill videos as news.”

The incident triggered an uproar across the island. However, Taiwan media reported that while the public reacted to the misinformation mainly with dismay and surprise, there were no signs of panic on the streets of Taiwan.

Later, CTS provided more details about the incident in a statement, saying it had recently recorded educational videos for the New Taipei City Fire Department designed to let the public how to survive a disaster, on April 19, which were mistakenly scrolled during the news broadcast because staff forgot to resume the connection to regular files after the completing the recording.

Following the incident, CTS held an urgent internal disciplinary meeting to examine this mistake, and decided to punish relevant personnel, supervisors, and managers.

On April 22, Yu Xiu Chen, chairperson of Taiwan Broadcasting System (TBS), and Yalin Chan, General Manager of CTS,  declared their resignations, according to a statement by CTS.

The National Communication Commission (NCC) of Taiwan conducted an administrative inspection at CTS. A preliminary check suggested that CTS faces a fine of NT$200,000 to NT$2 million (about $6,800 to $68,000) on a charge of disrupting public order under the Broadcasting Act, according to the NCC officials.

Moreover, the Ministry of Culture of Taiwan also apologized for the error, saying CTS, as a member of Taiwan Broadcasting System, should have avoided.

On April 20, Chiu Kuo-cheng, the current Minister of National Defense, at the Legislative Yuan described the incident as a lesson for news outlets. He said the Taiwan military has its own intelligence, surveillance, and reconnaissance systems, which would immediately respond to any incident.