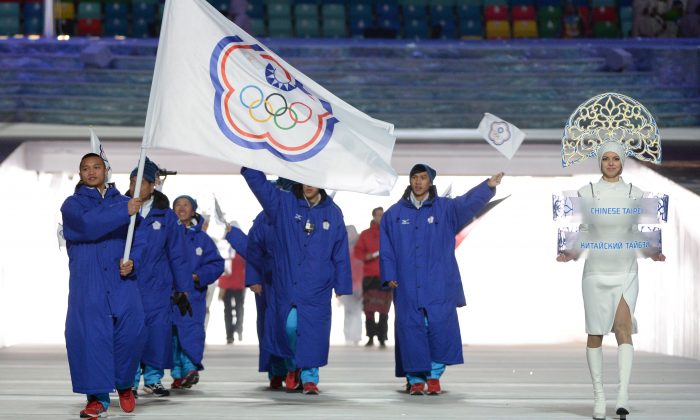 A city in Taiwan has voiced anger after the Chinese regime abruptly killed plans for the island nation’s Taichung City to host a multimillion-dollar international sports game next year.

On July 24, the East Asian Olympic Committee (EAOC)—a sub-body of the International Olympic Committee—held a meeting at the request of China and revoked Taichung’s right to host the 2019 East Asian Youth Games (EAYG), which was scheduled to be held in August next year with an estimated 2,300 athletes from nine countries participating.

Under China’s strong political pressure, out of the eight member countries of EAOC, only Taiwan voted for continuing the game. Japan abstained, while all others—South Korea, North Korea, Hong Kong, Macau, and Mongolia—voted for terminating the game.

The Taichung City government had already spent $21.8 million preparing for the event. In a strongly worded statement, Taichung mayor Lin Chia-lung blasted Beijing for violating the Olympic spirit and for depriving thousands of young athletes the opportunity to compete in the game, which would be the first of its kind among the eight East Asian nations and regions.

The news shocked Taiwan and provoked a new round of public anger against the Beijing regime. Taiwan President Tsai Ing-wen also condemned China’s pressuring of EAOC as “brazen and crude political meddling in sports.”

On July 25, the Taichung government also issued a statement saying it will do everything it can to change the outcome, including possibly launching an international arbitration or lawsuit against EAOC.

Ostensibly, Beijing said the reason it axed the game was because of a recent public campaign in Taiwan to hold a referendum on whether the island nation should participate in the 2020 Tokyo Olympic Games as “Taiwan” rather than its current name of “Chinese Taipei.”

Beijing claims Taiwan as its own and has recently pressured foreign airlines to changes its references to Taiwan in order to reflect Beijing’s “one China” view of sovereignty.

“Certain political forces and Taiwan independence activists” on the island are responsible for this outcome, said the Chinese regime’s Taiwan Affairs Office. This is despite the fact that neither the Taichung government nor Taiwan’s Tsai administration supported or endorsed the petition for a referendum. In addition, the East Asian Youth Games is a competition separate from the international Olympic Games.

Michael Tsai, president of the NGO Taiwan United Nations Alliance and the lead organizer of the campaign, said that Beijing’s cancellation only provides further reason for Taiwan to stand firm and push back against Beijing’s coercion.

The number of petitions has skyrocketed following the news of Beijing killing the Taichung game, Tsai said.

Michael Mazza, a research fellow at the American Enterprise Institute, described the cancellation of the EAYG as “a good reminder that Beijing is hostile to the freedom of speech wherever it is enjoyed.”

“It simply cannot tolerate private citizens of Taiwan engaging in speech that it does not like,” Mazza said.

For decades, Taiwan has been forced to participate in international organizations and sporting events on the world stage under the banner of “Chinese Taipei,” due to Beijing’s relentless political pressure demanding that the international community not recognize the island nation as a country.

A public opinion poll conducted in 2017 found that 48 percent of Taiwanese surveyed disliked the name “Chinese Taipei,” although another 42 percent found the label to be an acceptable compromise.