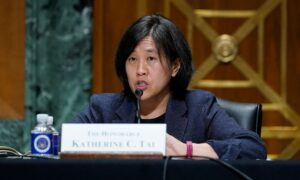 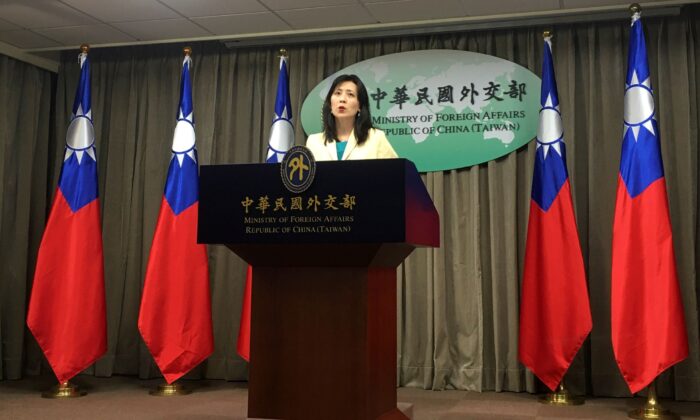 Taiwan Asks US Not to Cause ‘Misunderstanding’ After Flag Tweet Removed

TAIPEI—Taiwan has asked its office in Washington to remind the United States not to cause “unnecessary speculation or misunderstanding” after the White House deleted a social media post on COVID-19 vaccine donations that included Taiwan’s flag.

A spokesman for the White House National Security Council called the use of the flag “an honest mistake” by the team handling graphics and social media that should not be viewed as a shift in U.S. policy towards Taipei, under which Washington does not formally recognize Taiwan’s government.

The White House COVID-19 Response Team this week posted on Twitter an image giving details of U.S. vaccine donations globally, including last month’s Moderna shots sent to Taiwan. It showed the island’s flag along with those of others getting vaccines.

Taiwan President Tsai Ing-wen re-tweeted it, adding: “Thank you to the U.S. for your generosity. Together, we will beat this pandemic.”

However, the post was then removed, apparently on Wednesday.

The United States, like most countries, only has official relations with Beijing, which claims Taiwan as Chinese territory, but has pledged to deepen its unofficial relationship with Taipei, which has faced increasing Chinese military and political pressure.

China is invariably angered by any suggestion that Taiwan is, or deserves to be recognized as a separate country.

“Regarding the reason for the deletion of this tweet, as the media has different interpretations, the Foreign Ministry has asked the representative office in the United States to remind the United States not to cause unnecessary speculation or misunderstanding from all walks of life due to the removal of the related tweet,” she said.

The NSC spokesman said the tweet was removed when the mistake was realized.

“The United States remains committed to our one-China policy,” he said. “Our policy has been clear for decades and has not changed.”

The United States is Taiwan’s most important international backer and supplier of arms, and the Biden administration has committed to intensifying the relationship.

However, White House Indo-Pacific coordinator Kurt Campbell said on Tuesday that while Washington supports a strong unofficial relationship it does not support Taiwan’s formal independence.

Ou said that in recent years mutual trust between Taiwan and the United States has been “continuously improved,” and that Biden’s team has shown strong support for Taiwan, including through the vaccine donation.

By Ben Blanchard and David Brunnstrom