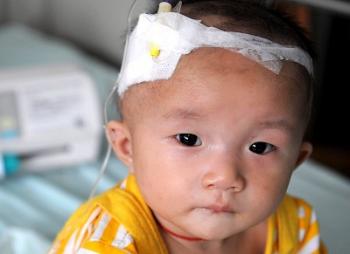 Wen Hua
View profile
Follow
biggersmaller
Print
Up to 10 million infants in China may have future complications as a result of drinking contaminated milk powder.

So far, just under 53,000 infants are reported to have been affected, 12,892 hospitalized, 104 critically ill, and four dead.  According to Chinese official reports, a total of 39,965 have recovered after seeking medical treatment.

Since then, Director of China’s General Administration of Quality Supervision, Inspection and Quarantine (GAQSIQ), Li Changjiang, who also served as an assistant director of the investigation team on the Sanlu baby formula, officially resigned on September 22.

Currently, China’s annual infant birth rate is close to 20 million [1].  Of them, at least half are bottle-fed and brought up on baby milk powder formula—according to a Voice of America radio report [2].

Out of China’s population of 1.3 billion people, 800 millions (61.5 percent) are peasants or farmers who usually buy low-price milk products.  If that is correct, 12 million babies in rural China consume low-price baby formulas, and therefore are potential victims of tainted baby formula.

According to a report published by the GAQSIQ on September 16, melamine was found in baby formulas produced by 22 dairy companies, the majority producing baby-formulas for the domestic market. Currently, there are 154 dairy companies in China; most of them that produce baby formula have been blacklisted.

According to a report by state-owned press, Xinhua Net, China’s Ministry of Health held a confidential national video conference on September 19 [3]. The meeting revealed that dairy companies had been adding melamine to adjust the texture, thickness, and flavor of milk powder. However, they have managed to control the correct ratio of melamine and have not treated the toxic chemical as being a concern.

This scenario is very similar to previous food safety scandals involving detergents being added to the Chinese popular food, deep-fried dough sticks, and formaldehyde being added to pork skins.  Though they would not cause immediate death, there is an undetectable, chronic toxicity.

So, of 12 million babies born in rural China who consume baby formula, 54 percent of them, or 6.48 million, would purchase the lower priced domestic powder milk.

One Chinese doctor posted a comment on the Internet on September 21, “In Hebei Province, 3.6 percent of tested children had developed kidney stones, whereas Guangdong Province has about 2.2 percent. Of the 30 million children in our country, five to 10 million will develop kidney stones. Some have not shown any symptoms. Those with kidney damage and blood in urine have not been officially included in the report yet. Is this not a national disaster or what?”

Li Changjiang, who recently resigned, initially blamed the Sanlu Group for concealing information, and has emphasized many times, “Like in other countries, the GAQSIQ has never conducted any test on detecting toxic chemicals like melamine in food products since these toxic chemicals are not allowed to be added to food products,” implying that the GAQSIQ should not be held responsible for the milk scandal.

Noticeably, on the day when the Sanlu Group reported to Chinese government that toxic melamine had been found in their baby formula, a senior official of the GAQSIQ, Wu Jianping, committed suicide by jumping out of a building.

Studies have shown that melamine can lead to infertility and bladder cancer.