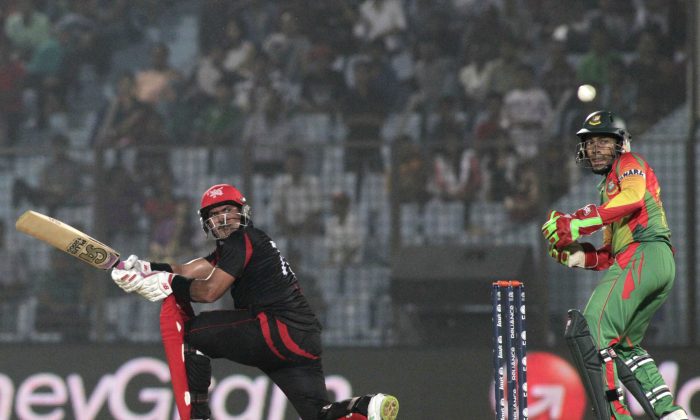 The four teams in the T20 World Cup Group A faced off in two cricket games on March 20.

Bangladesh previously beat both Nepal and Afghanistan so only needed to win over Hong Kong–or not lose too badly–to make it into the Super 10.

The Hong Kong-Bangladesh match was close. And Hong Kong ended up winning by two tickets. But it wasn’t enough for Nepal–Bangladesh is still advancing to the Super 10.

Bangladesh will start off the next phase of the Twenty20 World Cup on March 25 against West Indies. See the full schedule and list of results here.

Meanwhile, there’s two matches left before the start of the Super 10. Ireland vs Netherlands and Zimbabwe vs United Arab Emirates.

Ireland has won twice and a win would put it into the next phase.

However, the Netherlands can get in by winning if Zimbabwe loses. The UAE is out of contention because it’s lost both of its matches.