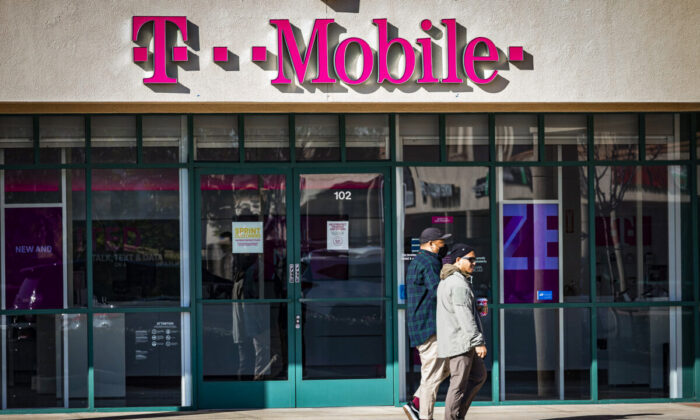 A T-Mobile store that was also a victim of a smash-and-grab robbery in January 2022 sits open for business in Fountain Valley, Calif., on Jan. 27, 2022. (John Fredricks/The Epoch Times)
Southern California OC News

ORANGE, Calif.—Three males stole several thousands of dollars worth of cellphones from a T-Mobile store in Orange Monday, Sept. 19.

The robbery was reported just after 6:15 p.m. at the store at 3320 E. Chapman Avenue, near Prospect Street, said Sgt. Phil McMullin of the Orange Police Department.

The suspects fled the scene following the robbery, though the exact value of the items they stole was not immediately known.

The robbery is under investigation, and anyone with information was asked to call Orange police at 714-744-7444.