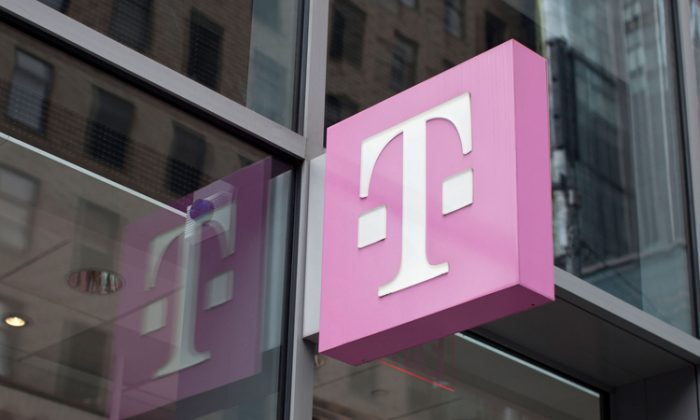 The smallest of the major U.S. wireless carriers just got slightly bigger.

On Wednesday, T-Mobile USA, a subsidiary of Germany’s Deutsche Telekom AG, announced that it has reached an agreement to merge with MetroPCS Communications Inc.

The deal creates a value leader in the wireless industry, able to offer value-oriented customers a greater selection of products, services, and a bigger network.

The combined company, which will retain the T-Mobile name, will have more network spectrum and the resources to expand its 4G LTE platform that is its fourth generation high-speed network. T-Mobile parent Deutsche will own 74 percent of the new company, with MetroPCS shareholders owning the remainder.

The transaction will be structured as a recapitalization of MetroPCS, which will issue a reverse 1-for-2 stock split while issuing stock equivalent of 74 percent of the company to Deutsche.

In addition, it will make a one-time cash payment of $1.5 billion to existing MetroPCS shareholders.

“The T-Mobile and MetroPCS brands are a great strategic fit—both operationally and culturally. The new company will be the value leader in wireless with the scale, spectrum, and financial and other resources to expand its geographic coverage, broaden choice among all types of customers and continue to innovate, especially around the next-generation LTE network,” announced Deutsche CEO Rene Obermann in a statement on Wednesday.

Both companies have been struggling to keep up in the increasingly competitive wireless landscape. T-Mobile, a distant fourth place behind Verizon Wireless, AT&T, and Sprint, had previously reached an agreement to sell itself to AT&T for $39 billion. That deal was eventually nixed due to pressure from regulators, forcing AT&T to pay T-Mobile a $4 billion breakup fee for its troubles.

Government regulators must still approve the deal between T-Mobile and MetroPCS, but the regulatory concerns in this case are likely to be minor, as both carriers are much smaller than, and struggling to compete with, their larger competitors. Shareholders from both companies must also approve the deal. The largest shareholder of MetroPSC, with over 12 percent of the shares, is Los Angeles-based Capital Research & Management, according to FactSet.

T-Mobile currently has around 33.2 million subscribers, and MetroPCS has 9.3 million. Combined, the company will still be smaller than No. 3 Sprint, which reported having 56 million wireless customers at the end of March. In contrast, AT&T and Verizon have over 100 million customers each. Nevertheless, the deal will create “a sustainable and financially viable national challenger in the U.S.,” said Obermann.

“This combination will allow MetroPCS to expand its no-contract offerings into new major metro areas and enhance our combined spectrum portfolio, which provides the potential to offer 4G LTE over at least a full 20×20 MHz in many metro areas,” commented Roger Linquist, CEO of MetroPCS.

The combination will provide $6 billion–7 billion of cost synergies for the company, and strengthen T-Mobile’s no-contract, pay-as-you-go customer base. But the synergistic cost savings come at a price, as they imply layoffs are on the way at both companies. MetroPCS currently employs 3,700 workers, while T-Mobile has an estimated 36,000 employees on its payroll, according to the company’s website. T-Mobile already laid off 2,800 employees in two rounds of cuts earlier this year in order to reduce costs.

The new company will continue to be based in Bellevue, Wash.—at T-Mobile’s current headquarters—although it will keep a sizable base near Dallas, Texas, where MetroPCS maintains its headquarters.

Currently, neither T-Mobile nor MetroPCS carry Apple Inc.’s popular iPhone smartphone. It is unclear whether the new company intends to sell the phone.