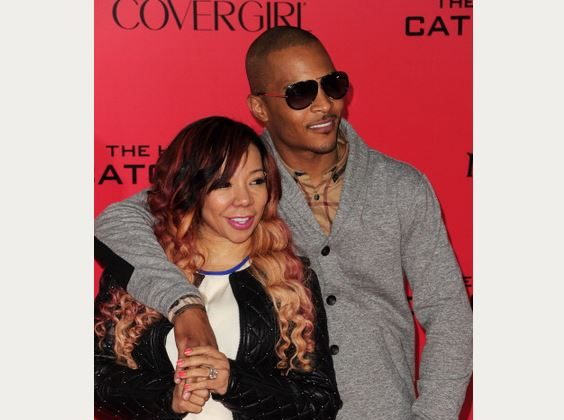 Singer/songwriter Tiny and rapper T.I. at the Los Angeles premiere of "The Hunger Games: Catching Fire" in November 2013. The pair are not breaking up, T.I. said. (Robyn Beck/AFP/Getty Images)
Entertainment

T.I. and Tiny are not breaking up, contrary to rampant rumors.

The rumors were sparked by T.I. not showing up to the Grammy Awards, and he and Tiny partying separately after the awards.

T.I. told TMZ that there was a big argument but that it was over something relatively trivial–Tiny wanted to walk the Grammy red carpet and watch the show but he didn’t want to.

The argument led to an angry challenge between the two over who would end up having the most fun that night.

The pair made up the next morning.